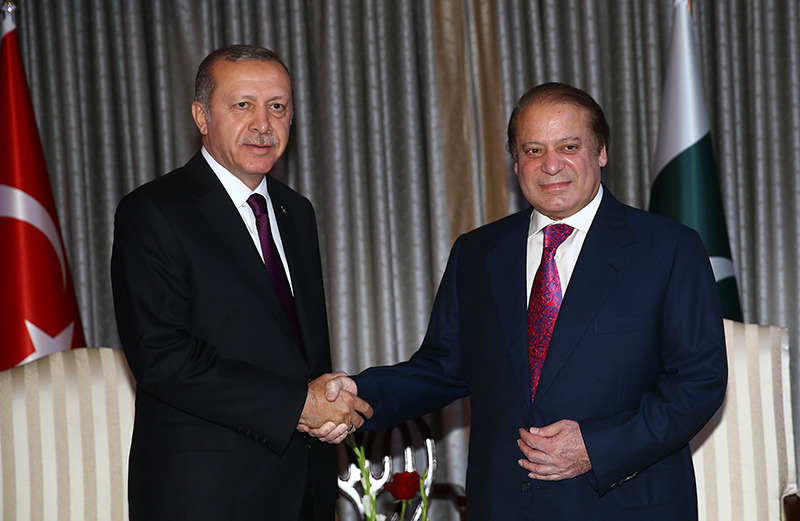 | AA Photo
by Daily Sabah with AA Aug 01, 2015 12:00 am
Turkey's President Recep Tayyip Erdoğan finished his five-day trip to China and Indonesia on Saturday, flying from Jakarta to Pakistan where he was scheduled to meet Prime Minister Nawaz Sharif.

President Erdoğan was stopping in Pakistan on the last leg of a tour that saw him visit China and Indonesia. During the brief visit, Erdoğan had dinner with Sharif at Pakistan Air Force Base Nur Khan before departing for Turkey.

"Our president has close links with the Prime Minister Nawaz Sharif," Sadık Babur Girgin, Turkey's ambassador to Islamabad, told Anadolu Agency. "In this meeting bilateral relations were discussed even though it was a short visit after the president's Indonesia visit. Then we saw our president off after the dinner."

It is Erdoğan's first visit to Pakistan as president although he previously paid several visits as prime minister.
First lady Emine Erdoğan, Foreign Minister Mevlüt Çavuşoğlu, Energy Minister Taner Yıldız, Health Minister Mehmet Müezzinoğlu, and Transport Minister Feridun Bilgin accompanied the president, while Economy Minister Nihat Zeybekçi returned to Turkey with the around 100 businessmen who had also been part of the Turkish party.

President Erdoğan's China and Indonesia visit began on Tuesday and it aimed to develop business relations with these two countries along with political issues.

Turkish businessmen are turning to Asian markets due to the political uncertainty in neighboring countries and slow economic recovery in EU countries. More than 100 members of the Foreign Economic Relations Board (DEİK) have therefore accompanied the president' China and Indonesia visit.

The president's visit is expected to contribute to Turkey's extension into the Asia-Pacific region, which has become a new growth and attraction center of the global economy. Turkey also aims to increase its foreign trade volume with China and Indonesia. 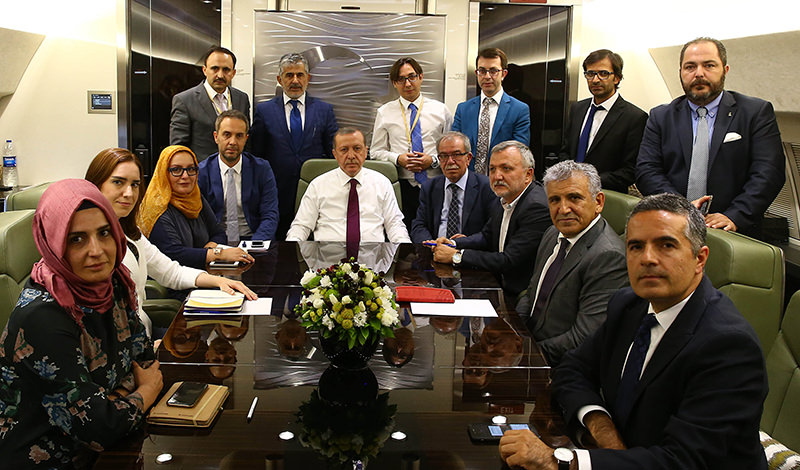