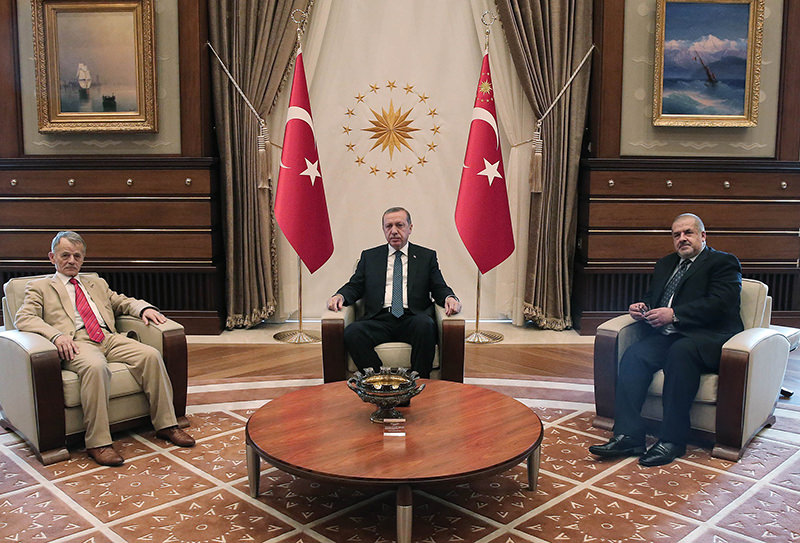 | AA Photo
by Daily Sabah Aug 03, 2015 12:00 am
President Recep Tayyip Erdoğan has accepted the honorary leader of the Crimean Tatar Community and Ukrainian deputy Abdülcemil Kırımoğlu, and a committee which accompanied him at the Presidential Palace on Monday.

Mustafa Qırımoğlu is the head of the Crimean Tatar National Assembly and a member of Ukrainian parliament. He was elected as the head of the Crimean Tatar National Movement in Tashkent in May 1989. In the elections held on March 29, 1998, he was elected as a member of Ukrainian parliament and continues to serve today. He was awarded the Order of the Republic Medal of Turkey by former President Abdullah Gül in an official ceremony in 2014. He was also given the Nansen Refugee Award by the U.N. for his extreme efforts to peacefully return his people from exile.