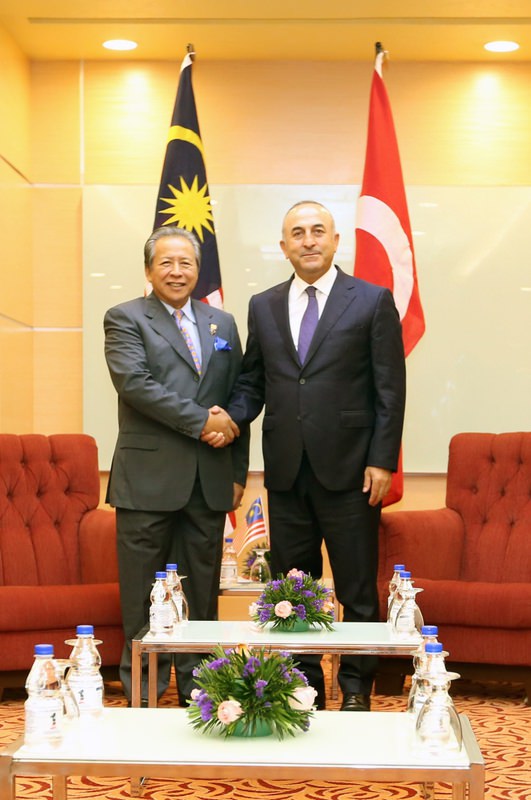 Turkey, which has been invited as a guest to the ASEAN meetings since 2013, aims to develop bilateral relations with the countries in the Asia-Pacific region, as they have an increasing importance in international politics, global economy and commerce. In the first step in developing institutional relations with ASEAN, Turkey became a party to the ASEAN Treaty of Amity and Cooperation (TAC) in 2010, which has a pivotal position in the region. During his visit to Indonesia last week, President Recep Tayyip Erdoğan highlighted the increasing global importance of Asia-Pacific and said that Turkey would like to become a member of ASEAN. On the other hand, the growing interest in the region is not limited to Turkey. Similar to President Erdoğan, the U.K. Prime Minister David Cameron visited the top four ASEAN countries throughout the previous week. During his visits, Cameron also signified the commercial importance of the region and expressed that the EU should speed up the process and reach an agreement with ASEAN to improve trade. Australia, Japan, and China implementing free trade agreements with the region, are believed to have frustrated Cameron, as the U.K has fallen behind in competition.

According to the Foreign Ministry website, institutional relations between Turkey and the Southeast Asian grouping were initially established in 2010 when Turkey became a signatory of the ASEAN Treaty of Amity and Cooperation in Southeast Asia "and thus the foundation of sectorial cooperation was laid down."

Meanwhile on Tuesday Foreign Minister Çavuşoğlu was received by the Malaysian Prime Minister Najib Tun Razak and met with the Defense Minister Hishammuddin Hussein, while jointly declaring the free trade agreement with Malaysia coming into effect with the Minister of International Trade and Industry, Mustapa Mohamed. In addition, Çavuşoğlu stressed the strong relations between the two countries during his meeting with his Pakistani counterpart Sartaj Aziz, while talking about bilateral relations and the Rohingya issue with the Myanmar Foreign Minister Wunna Maung Lwin.
RELATED TOPICS