US expresses gratitude for Turkey's support for anti-ISIS coalition 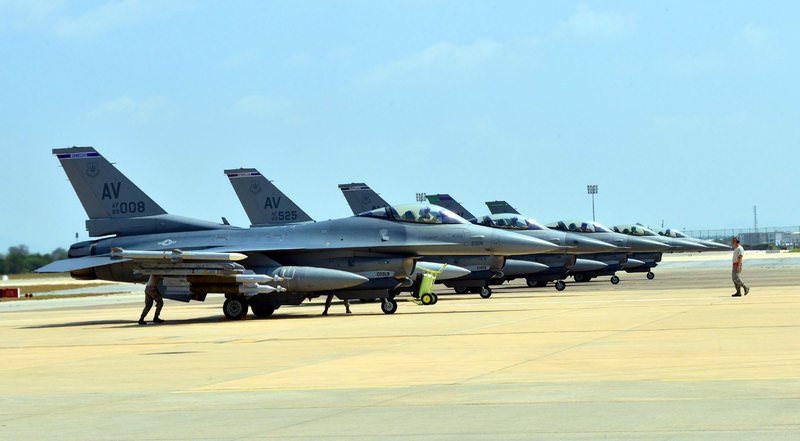 by Sena Alkan Aug 22, 2015 12:00 am
Kilis Governorate said on Friday that security forces had intercepted 16 suspects in Elbeyli district. According to the governorate, 14 of these suspects were foreign nationals. These arrests come two days after 22 suspected ISIS supporters were detained in another operation in the Elbeyli district.

Since July 24, around 1,600 people have been arrested in a wave of counterterrorism raids that have targeted the PKK, ISIS and the Revolutionary People's Liberation Party-Front (DHKP-C) amid a spike in attacks targeting police and the military after a deadly July 20 suicide bombing in Suruç in the southeastern province of Şanlıurfa, which killed 32 civilians. Government officials said ISIS was behind the deadly terrorist attack, but the PKK and its supporters put the blame on the state, although they have admitted they have no direct evidence for the claim.

Ankara has shown its position in the fight against ISIS within the country by being one of the earliest countries to recognize the organization as a terrorist group in October 2013 and identifying and delivering potential foreign fighters seeking to cross the border to Syria to join ISIS despite little cooperation in intelligence sharing from its Western allies. Statistical data released by official sources shows that since the beginning of 2015, Turkish security forces have detained more than 500 individuals with suspected links to ISIS. Courts have handed down prison sentences to approximately 100 individuals on terrorism charges. The Turkish Air Force has also been carrying out airstrikes against the PKK in northern Iraq and ISIS militants in northern Syria.

Following Ankara's formal agreement with Washington to open İncirlik Air Base in Adana province to the U.S.-led coalition to fight ISIS in August and intensified cooperation with the U.S. as part of the anti-ISIS coalition, the organization released a video calling on Turkish people to "conquer Istanbul and Turkey from those who cooperate with the West," while referring to President Recep Tayyip Erdoğan as a "satan" who allegedly sold the country to the U.S. and Western powers and harshly criticized him for supporting the U.S.-led coalition against ISIS. Speaking in Turkish, the unidentified ISIS terrorist says that it is necessary for the people of Turkey to rebel against the "atheists, crusaders and satans who fool them and make them slaves to the crusaders," before it is too late.
RELATED TOPICS