Zarif's visit to Ankara not expected before elections 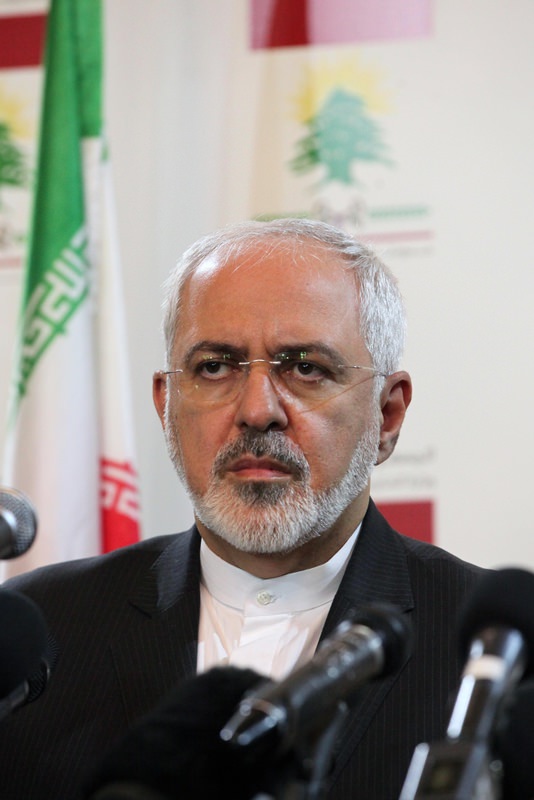 by Daily Sabah Aug 22, 2015 12:00 am
In response, Erdoğan did not give an official appointment to Zarif and his visit to Ankara was postponed. During his visit to Moscow last week, Zarif was said to visit Ankara this week, but it has not taken place.

As part of a regional tour, Zarif paid visits to Lebanon, Damascus and Moscow last week to promote the new Iranian peace plan for Syria. Even though details of Zarif's new plan are not yet known, diplomatic sources believe that he wants to have Ankara accept a series of proposals that include a withdrawal of Hezbollah militants and keeping Syrian President Bashar Assad as head of state. However, Ankara considers Assad the main source of instability in the region and seems to not favor Zarif's new plan for Syria. Assad currently controls 15 percent of Syria, and from Ankara's perspective, it is impossible to bring peace to Syria with a plan that insists on keeping him in power, claiming he lost legitimacy long ago. Instead, Ankara is interested in a speedy political settlement in Syria on the basis of the Geneva Communique and favors a plan to build a comprehensive transitional government that includes representatives from the Baathist regime and Syrian opposition forces.

Meanwhile, Iran's official IRNA news agency reported on Thursday that Murtaza Muradiyan, who heads Caucasian affairs at the Iranian Foreign Ministry, handed a note to the Turkish ambassador to Iran, Rıza Hakan Tekin, urging Turkey to do more to ensure the safety and wellbeing of Iranian citizens traveling in Turkey. In recent weeks, PKK terrorists have targeted an oil pipeline between Turkey and Iran and Tehran recently closed down one of its border gates with Turkey.

Meanwhile, former Iranian president and chairman of the Expediency Discernment Council of Iran, Hashemi Rafsanjani, told Iranian ambassador to Ankara Rıza Hakan Tekin that there are "hands that want to set odds between the two countries."

According to a report from Iran's official IRNA news agency on Wednesday, Rafsanjani met the Turkish envoy in Tehran to discuss the latest developments in relations between the two countries and stress that some radical media outlets are trying to manipulate sensitivities. He asserted that relations between Turkey and Iran should not be damaged and said: "To withstand these plots, serious bilateral visits between officials of the two countries are a necessity."

The former Iranian president also pointed to the failure in endeavors to form a coalition government in Turkey and said: "This is not a good indicator at a time when terror is rising in the country."

He added that there is no rivalry between Turkey and Iran on regional issues, and added: "It has been proven by experience that bilateral cooperation helps both countries to maintain and consolidate domestic public order. It is quite natural that dissidence in many issues exists between us."

Additionally, he said that regional conditions are very sensitive and that the ambassadors in the two countries have crucial responsibilities.
RELATED TOPICS