Citizenship ratio to be 4 to 1 in new Cyprus federation 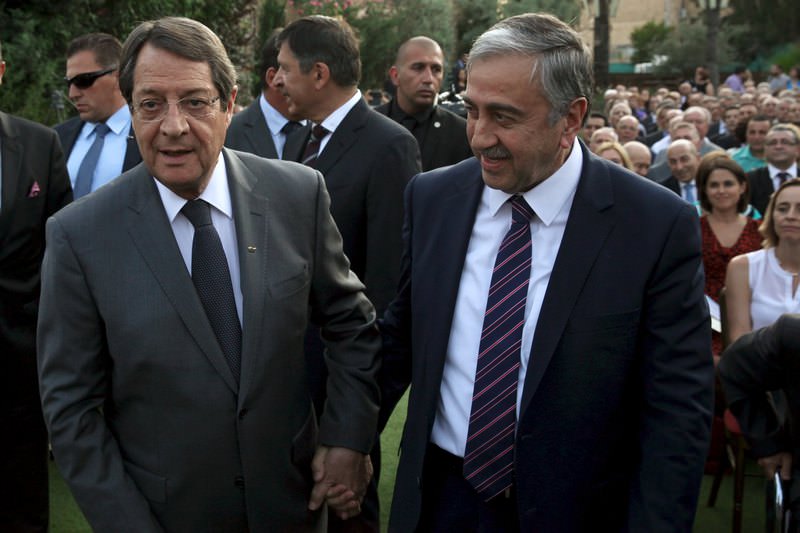 by Emre Diner Aug 26, 2015 12:00 am
As part of the ongoing negotiations between Turkish Cypriot President Mustafa Akıncı and Greek Cypriot leader Nicos Anastasiades for a new federal state planned to be founded in Cyprus, the citizenship ratios and criteria of the new state have been announced. According to an agreement between the two leaders that was leaked to Greek Cypriot media outlets, the citizenship ratio in the federation would allegedly be four Greeks to one Turk. During the negotiations conducted so far, the Turkish Cypriots have exerted efforts to change this ratio to four to two particularly during Derviş Eroğlu's term in office.

But Özdil Nami's return to the table played a determinant role in the maintenance of the former ratio, which was affirmed again. According to the phenomena considered as part of the agreement, the number of North Cyprus citizens who will be the citizens of the new federation and the EU in the future reaches 280,000. This number covers those settling in the occupied areas as permanent residents or immigrants and the ones married to Turkish Cypriots. The factor determining that the ones married to Turkish Cypriots would also be accepted as the citizens of the united Cyprus was recognized during Tasos Papadopulos's term in office.

On the other hand, it was underlined that the 280,000 people also include those who were naturalized with mass citizenship enrollments, and the latest instance of conferring North Cyprus citizenship to Turkish citizens was during the rule of the National Unity Party (UBP). However, new mass citizenship enrollments have not been made in recent years. Last May, certain criteria was approved at the council of ministers. Even though the implementation of these depend on the political system (in all political systems, particularly under the unrecognized specific conditions of North Cyprus), the category of Turks with a work permit was distinctly determined and distinguished from the category of citizens. According to the current ratio of four to one, it is expressed that some 70,000 of 280,000 Turks living on the island would be accepted as citizens of the new federation.

Also, about 20,000 Turkish citizens are considered to be illegal and as part of the negotiations, they are required to leave Cyprus once the resolution is implemented. The number of third country citizens among those with a work permit is unknown. Additionally, about 40,000 Turkish military officers positioned on the island will also leave Cyprus after the resolution. About 20,000 people from Turkey and other countries receive education at the 12 universities located in North Cyprus. These students reside in occupied areas with student visas or on temporary terms.All in all, the number of residents who will become citizens due to marriage or will remain as citizens is 280,000. The number of Turks who are not citizens but will still remain with a work permit is 40,000. Some 20,000 Turks are illegal and are required to leave the island, while some 20,000 study or live temporarily in North Cyprus. Also, 40,000 soldiers from the Turkish Armed Forces are required to leave the island.
Last Update: Aug 26, 2015 2:03 am
RELATED TOPICS