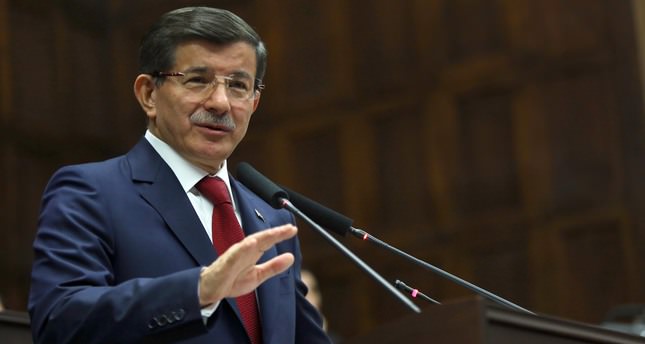 by Daily Sabah Sep 03, 2015 12:00 am
Turkey will continue to keep its doors open to refugees, Prime Minister Ahmet Davutoğlu said in a written statement on Thursday, and urged European countries to do their share of responsibility before it is too late.

He said, "The point arrived at the cold meeting rooms at the capital cities, Brussels is the dead body of Aylan [3-year-old Syrian boy]. This is a loss for all humanity and the international community which claims to represent humanity but does not do the necessary."

"What the European leaders need to see is the following: the issue is not about law, politics, international balance, but the future of humanity," Davutoğlu said in his message.

Davutoğlu said on Thursday, "As we, Turkey, have previously opened our doors and hearts to all our Syrians, Arabs, Kurds, Sunnis, Shiites, Muslims, Christian brothers and relatives, we will continue to do so."

The United Nations which has registered that Turkey hosts the highest number of refugees, appreciates Turkey's efforts, Davutoğlu added.

Turkey has borne the brunt of the humanitarian fallout from the war in neighboring Syria, taking in around 2 million refugees.

It has also become a jumping-off point for many migrants seeking to reach Europe, including the 3-year-old Aylan Kurdi who drowned this week, making headlines around the world.