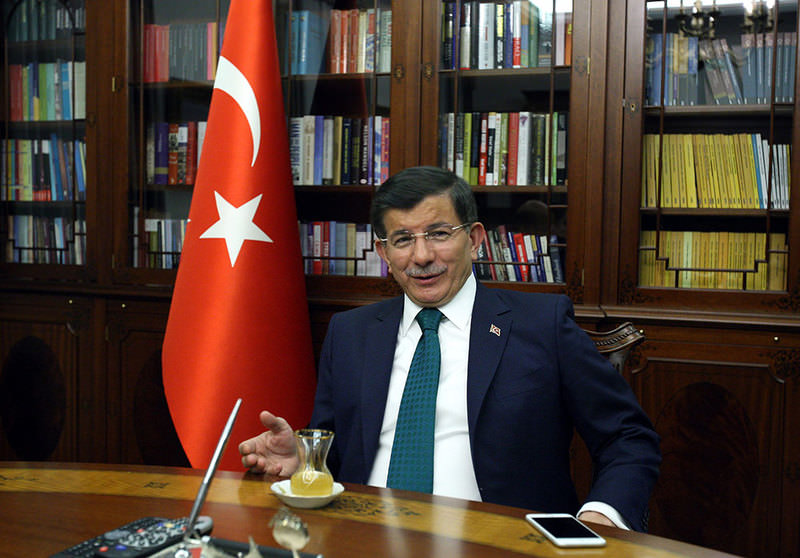 by Daily Sabah with IHA Sep 04, 2015 12:00 am
Turkey's Prime Minister Ahmet Davutoğlu called his Iraqi counterpart Haidar el-Abadi on Friday to receive information on the latest developments about the 18 Turkish workers kidnapped on Wednesday in the country's capital Baghdad.

Davutoğlu thanked Abadi for his personal concern over the issue as well as for the efforts of Iraqi security forces to rescue the workers.
"Our kidnapped workers are in Iraq not just to earn their living, but to contribute to Iraq's economy and reconstruction," Davutoğlu said, adding that Turkey is ready to help in the rescue efforts.

Abadi stated that they will do everything they can to rescue the workers.

"The targets of the operations are never our Iraqi or Kurdish brothers," Davutoğlu said.

Abadi responded that they never approve the usage of Iraqi land in attacks against Turkey and that Iraq is ready to cooperate.

Davutoğlu noted that operations with coalition forces against the ISIS terror organization are ongoing, and Turkey is ready for all efforts to relieve Iraq from ISIS. Iraqi PM Abadi thanked Turkey for its contribution on this matter, including training Iraqi security forces.