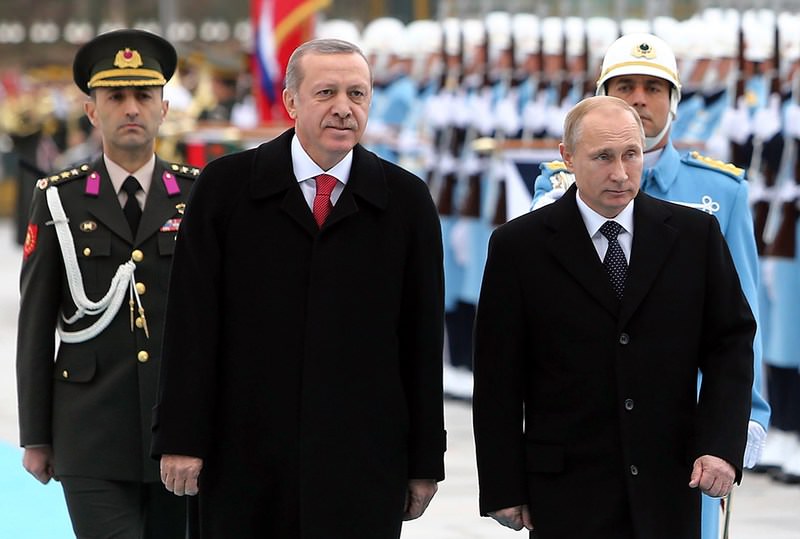 by Daily Sabah Sep 21, 2015 12:00 am
President Recep Tayyip Erdoğan will pay a working visit to Russia on Sept. 23. During his one-day visit to Moscow, Erdoğan will attend the opening of a new mosque and also meet with Russian President Vladimir Putin.

The Syria issue and the Turkish Stream project are expected to be discussed by Erdoğan and Putin during their meeting on Wednesday. Russia's increasing military presence in Syria and its support for Bashar Assad 's regime in Damascus continue to stand as the major thorn in Turkish-Russian relations. Erdoğan will argue to Putin once again that the al-Assad regime is the main source of instability in the region and will underline that Russia and Iran's peace initiatives are unlikely to bring peace as long as Assad remains in power.

The two leaders will also try to solve disagreements over the Turkish Stream project, a natural gas pipeline project to deliver Russian natural gas to Europe via the Black Sea and Turkey via four pipelines with a capacity of 63 billion cubic meters. Turkey has been in favor of starting the first line, which has a capacity of 15.75 billion cubic meters, but the project could not start due to the failure of Turkey and Russia to reach an agreement.

According to the mutual agreement signed between Gazprom and Botaş, the price of natural gas purchased by Turkey must be updated every three years. Thus, since January Turkey has demanded a 10.25 percent discount and a $1 billion retroactive payment from the Russian side. However, the Russian side considers the signature to start the first phase of the project as a precondition for the price discount. The issue has created a disagreement between the two countries.

Apart from Erdoğan, Palestinian National Authority President Mahmoud Abbas and Kazakistan President Nursultan Nazarbayev are also expected to attend the event. The mosque in Moscow, built back in 1904, is the biggest in Europe and a large reconstruction of the mosque began in May 2005. Over 10 years, about $170 millionwas spent on reconstructing the mosque, as Russian Council of Muftis deputy head Rushan Abbyasov said.
Last Update: Sep 21, 2015 2:27 am
RELATED TOPICS