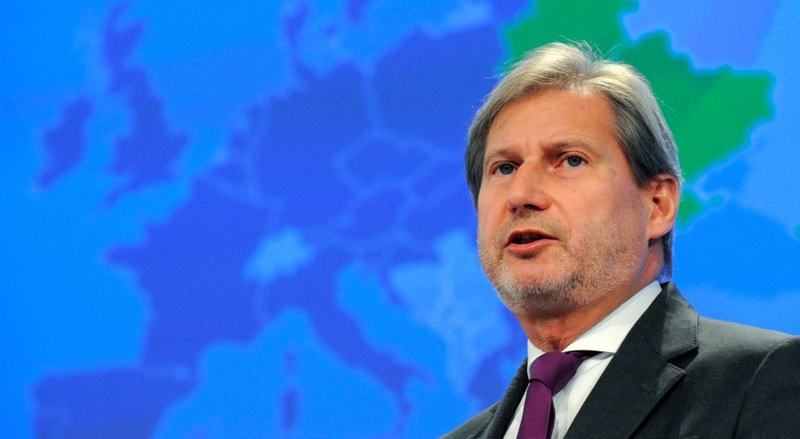 by Anadolu Agency Sep 26, 2015 12:00 am
European visa requirements for Turkish nationals could be removed within two years, the EU enlargement commissioner told a German newspaper Saturday.

Johannes Hahn said it was "quite possible" restrictions could be removed by the 2017 target date "if the conditions laid down are met".

In an interview with Die Welt newspaper, the Austrian politician said Turkish visitors to the border-free Schengen area could move freely around Europe if conditions such as biometric passports and cooperation in identifying counterfeit travel documents were met by Turkey.

Hahn also said chapters 23 and 24 of Turkey's bid to join the EU should be opened "as soon as possible".

These chapters of EU law concern the judiciary and fundamental rights and justice, freedom and security. Turkey, which applied for EU membership in 1987 with talks beginning in 2005, must successfully complete negotiations on 33 of 35 chapters to join the 28-nation bloc. Fourteen chapters have been opened so far while 17 remain blocked.

"The sooner we deal with in the accession negotiations with Turkey on the sustainable implementation of basic democratic rights, the more we have a lever to advance reforms in the country," Hahn said.

He described Turkey as an "extremely important strategic partner for the EU with a major economic significance" and one of the EU's priorities. Turkish companies are responsible for 600,000 jobs in Europe, the commissioner pointed out.

Hahn said he was "extremely" satisfied with Ankara's role in the refugee crisis. "The country is doing what it can," he told the newspaper. "But Turkey needs our support to cope with the many refugees."
Last Update: Sep 27, 2015 11:47 pm
RELATED TOPICS