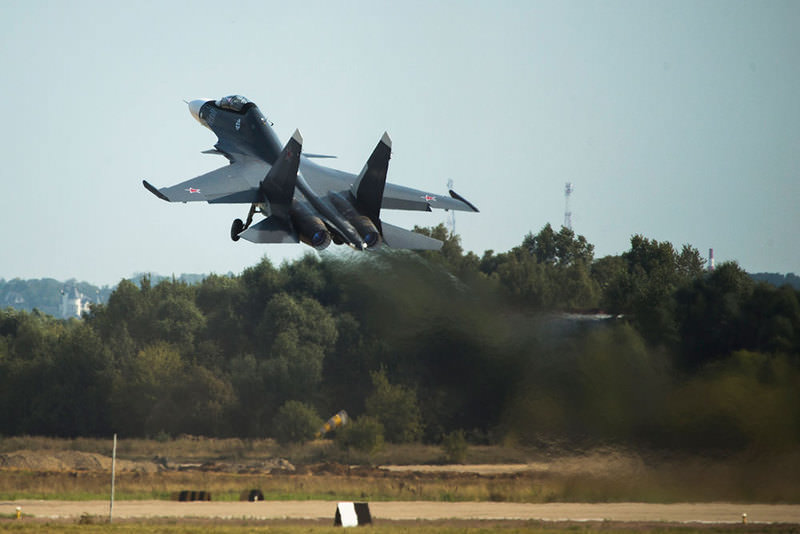 by Daily Sabah with Wires Oct 05, 2015 12:00 am
Turkey's Ministry of Foreign Affairs on Monday has summoned Russian ambassador to the ministry over airspace violation.

According to a statement by the ministry, Russian fighter jets have violated Turkish airspace on October 3.

"A fighter aircraft belonging to the Russian Federation violated Turkish airspace at 12:08 [0908GMT] south of the Yayladağı/Hatay region," the statement said.

"The Russian aircraft exited Turkish airspace into Syria after it was intercepted by two F-16s from the Turkish Air Force, which were conducting patrols in the region."

Yayladağı lies to the north of a region where Syrian government forces are facing rebel groups not linked to ISIS.

The Russian embassy in Turkey has admitted that Russian aircraft violated Turkish airspace.

"As far as I know, explanations about this matter were given to a military attaché at the Turkish embassy in Moscow," Mityakov said.

Gün said Russia would be responsible for any "undesired incident" resulting from a future violation.

Sinirlioğlu also spoke to Turkey's NATO allies about the incident.

Russia began flying combat missions over Syria on Sept. 30 following an escalation in its military support for President Bashar al-Assad's regime. Despite claiming to be targeting ISIS, the U.S. and its allies have complained of Russian airstrikes on "moderate" forces fighting Assad.

President Recep Tayyip Erdoğan, speaking on Sunday before flying to Strasbourg to attend an anti-terrorism meeting, said Russia's policy in Syria was isolating it in the region, adding that the Russian administration's decision to launch airstrikes against the moderate Syrian opposition in support of the Assad regime was upsetting and disturbing.