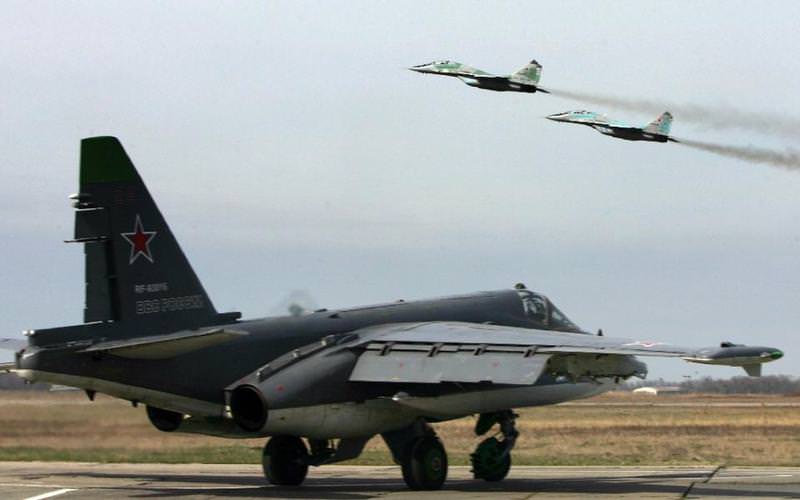 Russian warplanes have been flying over Syrian territory since September 30, conducting air strikes on what Moscow says are ISIS targets in the region. (AFP Photo)
by Daily Sabah Oct 05, 2015 12:00 am

Turkey's Ministry of Foreign Affairs on Monday summoned the Russian ambassador to the ministry once again over a second airspace violation which took place on October 4.

"A fighter aircraft belonging to the Russian Federation violated Turkish airspace at 12:08 [0908GMT] south of the Yayladağı/Hatay region,"said a statement released by the Turkish Foreign Ministry on Monday.

"The Russian aircraft exited Turkish airspace into Syria after it was intercepted by two F-16s from the Turkish Air Force, which were conducting patrols in the region," added the statement.