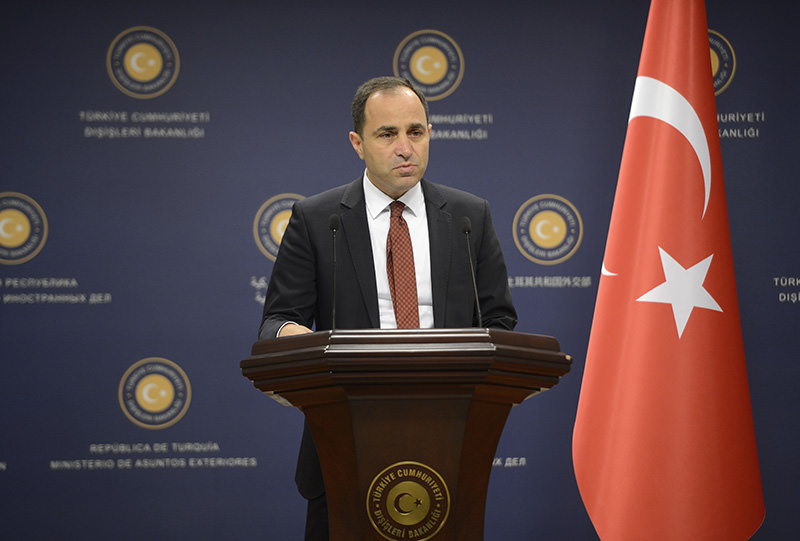 | AA photo
by Daily Sabah with Reuters
Oct 09, 2015 12:00 am
Turkey is concerned about the potential for a fresh wave of Syrian migrants arriving at its border as a result of Russian air strikes in Syria, foreign ministry spokesman Tanju Bilgiç told reporters on Friday.

He also said Ankara, which already hosts around two million migrants, was continuing talks with NATO and bilateral partners on enhancing its defence capabilities, including Patriot missile systems, but had not made a request for NATO to send military forces to Turkey.

He also said, Turkey asked for a military committee from Russia, but as yet, no Russian delegation had been sent to Ankara to provide information on the incursions.

Turkey, which has the second-largest army in NATO, scrambled two F-16 jets on Saturday after a Russian aircraft crossed into its airspace near its southern province of Hatay.

In a second incident, the Turkish military said a MiG-29 fighter jet - an aircraft used both by Russia and Syria's own air force - had harassed two of its F-16s by locking its radar on to them on Sunday as they patrolled the border.
Last Update: Oct 09, 2015 1:40 pm