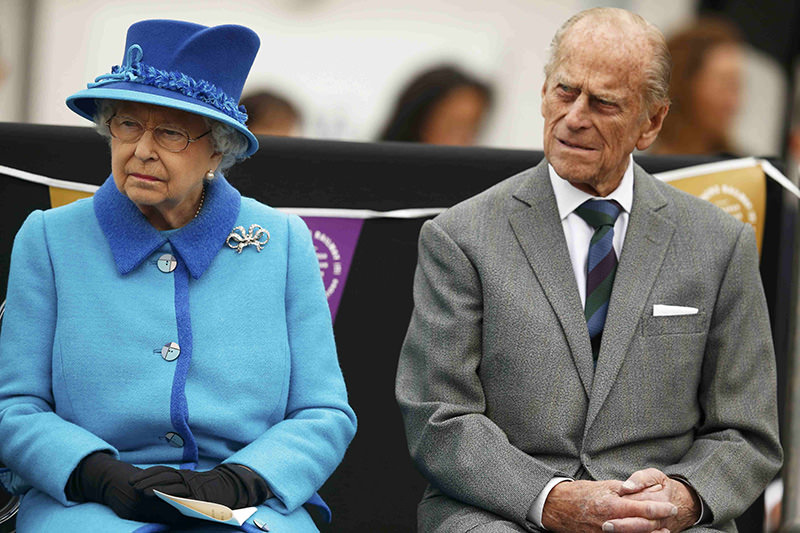 Queen Elizabeth sits with Prince Philip as she officially opens the Scottish Borders Railway at Tweedbank Station in Scotland, Britain September 9, 2015 (Reuters)
by daily sabah
Oct 12, 2015 12:00 am
Queen Elizabeth II of Great Britain wrote a letter to President Recep Tayyip Erdoğan to offer her condolences over the heinous terror attack in Ankara, which killed at least 97 people and wounded more than 200.

The Queen said in her letter, "Along with all other people in the world, I was too shocked and saddened by the attack in Ankara on Saturday."

"My thoughts are with all the people affected by this terrible incident. I offer my sincere condolences to Turkish people and share my sorrow from the bottom of my heart," the letter read.

Many other world leaders also condemned the horrific terror attack in the 'strongest terms', expressing their solidarity with Turkey.

Offering condolences to the families and loved ones of those who lost their lives in the 'senseless violence', world leaders emphasized that "shared security challenges in the region" need to be confronted immediately.

The twin bombings in Ankara -- the deadliest attack in modern Turkish history -- were set off by two suspected suicide attackers in a crowd of leftist and pro-Kurdish activists at a peace rally.

The bombings also wounded 246 people, dozens of whom were hospitalized in intensive care, according to Prime Minister Ahmet Davutoğlu's office.
Last Update: Oct 12, 2015 11:44 am