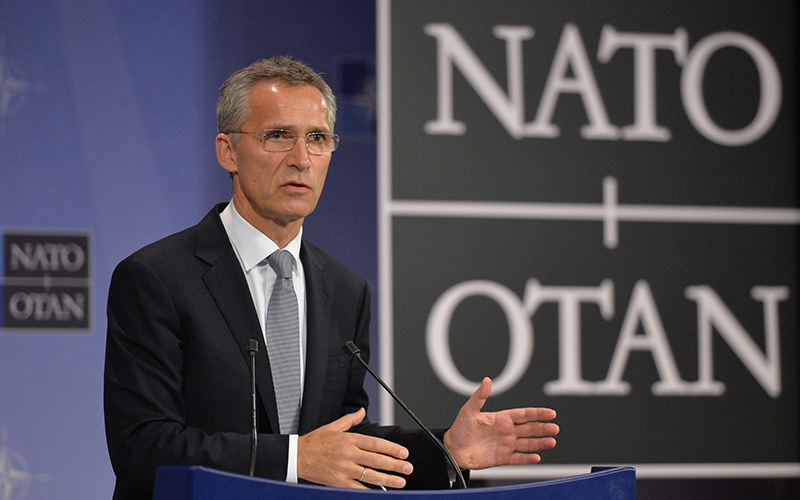 | AA photo
by Daily Sabah with Reuters
Oct 12, 2015 12:00 am
Russia's continued support for Syrian President Bashar al-Assad is only serving to prolong the crisis there, NATO Secretary-General Jens Stoltenberg said on Monday.

Speaking to NATO's parliamentary assembly meeting in Norway, he said: "Russia should play a constructive role in the fight against (ISIS). To support the Assad regime is not constructive. This is only prolonging the war in Syria."

Stoltenberg also said that there were currently no plans for NATO as an alliance to enter the conflict in Syria.

Asked whether NATO would be prepared to defend ally Turkey against Russia, Stoltenberg said: "Turkey is a strong ally and they have the second-largest army," he told Reuters.

"They have a capable air force, so the Turkish armed forces are the first responders, but NATO is there to help and assist them if they need."

Russia has recently begun air strikes in Syria to bolster the regime of Assad. Moscow initially described the air strikes as solely targeting ISIS targets, but later expanded its mandate to include "other terrorist groups" before largely hitting moderate groups opposed to Assad. Civilians have been the main victims of Russian strikes, according to various reports.

President Erdoğan has repeatedly said that the Russian airstrikes in Syria were unacceptable, emphasizing that countries supporting the Syrian regime would eventually be held to account for their actions.
Last Update: Oct 12, 2015 10:59 pm