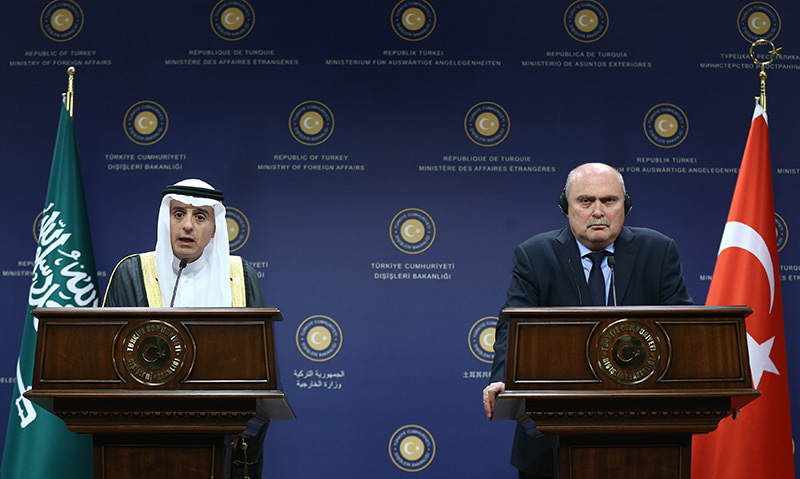 Underlining that Turkey's stance against terrorism and terrorist organizations is determined, Sinirlioğlu further warned Muslim to not undermine Ankara's determination for his own sake. He also said Turkey's determination in combating terror should not be tested. He later added that the message Turkey has conveyed to the PYD is clear and that in the case of any attack against the country, the organization will be treated no different to the PKK.

The two ministers said that alongside bilateral relations, the latest developments in the region, especially the Syrian crisis, were discussed. Sinirlioğlu indicated that Saudi Arabia and Turkey's stances regarding ensuring stability and peace to the region coincide. The ministers also said that along with the issue of Syria, the latest developments at the al-Aqsa Mosque compound as well as Yemen and Iraq were discussed.

Emphasizing the well-developed relations between Turkey and Saudi Arabia, Jubeir reiterated that developments regarding the region were discussed. Jubeir said that the latest airstrikes conducted by Russia in Syria are causing great concern as they could result in another influx of refugees. He further stressed that a political solution is necessary for Syria and that applying the agreements that were ratified in Geneva would be highly significant. He finalized his remarks saying that Syrian leader Bashar Assad should not have a role in Syrian politics and that moderate opposition groups in Syria must be supported.
Last Update: Oct 15, 2015 11:36 pm