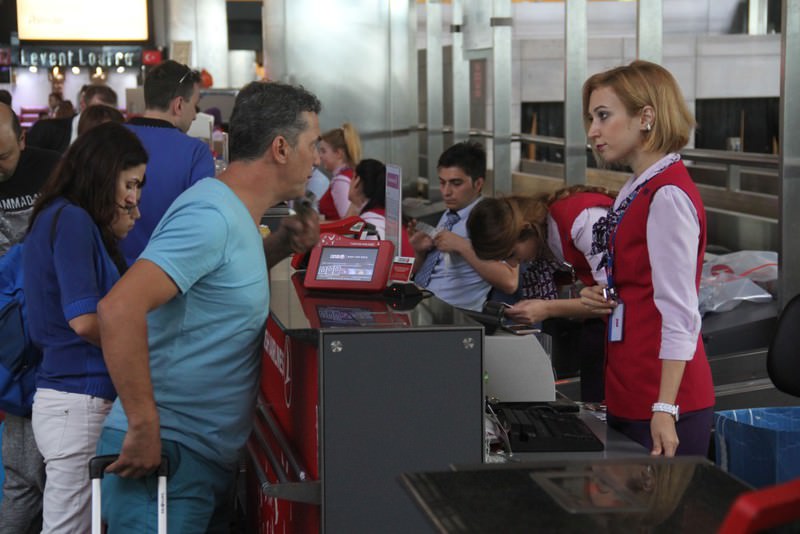 Turkey has proposed to the EU to bring forward a visa liberalisation plan before agreeing to take back illegal migrants who enter the EU through its territory. Brussels fears further influxes as a result of intensified clashes in Syria

Turkey offered the European Union a visa liberalization agreement by the first half of 2016 instead of the originally planned 2017, Prime Minister Ahmet Davutoğlu told TGRT TV in an interview on Thursday, adding that negotiations on the issue were ongoing.In December 2013, Turkey and the EU signed an agreement on a visa liberalization dialogue in parallel with a readmission agreement that would result in illegal migrants who enter Europe via Turkey being returned to Turkey.

"We will certainly not sign a readmission agreement unless a step is taken on the Schengen issue and without a readmission agreement, it would not be possible for migrants to return [to Turkey]. We already said this before the Syrian crisis erupted," Davutoğlu said. He added that the European economy is not any better than the Turkish economy and said Turkish citizens are not thinking about settling abroad like they used to do during the 1980s and 90s. He argued that it would be possible to manage non-Turkish citizens attempting to cross into Europe from Turkey if Turkey was included into the Schengen zone.

European Council President Donald Tusk warned Turkey on Tuesday that it will only win concessions from the EU, such as easier travel visas, if it successfully reduces the flow of refugees reaching Europe. In a letter to EU leaders setting the agenda for a summit he chaired in Brussels on Thursday, Tusk said negotiations will start this month on the migrant crisis with Turkey, which EU officials say wants more visa waivers, more EU funding and progress on its longstanding application to join the bloc.

"An agreement with Turkey makes sense if it effectively reduces the inflow of refugees," Tusk wrote on the eve of a visit by senior European Commission officials to Ankara. "Concessions will only be justified when this goal is achieved."

Tusk's statement came after he wrote on his Twitter account on Tuesday last week: "We have to count mainly on ourselves. Our neighbors have bigger problems. Some use refugees for dirty business or as a political bargaining chip." EU critics argued that Tusk's tweet actually exposes the EU's "dirty business" in efforts to solve the refugee crisis.

By Monday afternoon, more than 590,000 migrants and refugees had reached Europe by the Mediterranean Sea this year, while some 3,100 had lost their lives trying to do so, according to the International Organization for Migration. It is the largest population movement Europe has had to grapple with since World War II.

The EU has submitted a proposal to Turkey for a migration action plan that it was hoping would firm up in time for this week's summit. But negotiations were delayed by a terrorist attack in Ankara that killed almost 100 people and injured hundreds more over the weekend. Expectations are also low that Ankara will make any major decisions ahead of the Nov. 1 parliamentary elections.

The EU is nevertheless expected to seek some form of progress in conjunction with the summit.

"All the ingredients to build ... trust and build confidence with our Turkish partners are there," European Commission spokesman Margaritis Schinas said on Monday. "Now is the moment ... to take this discussion to the political level."

"It is very clear that [the] EU and Turkey share now more than ever a common agenda when it comes to the security and the stability of the region and peace in the region," EU High Representative for Foreign Affairs and Security Policy Federica Mogherini added.
Last Update: Oct 16, 2015 2:00 am
RELATED TOPICS