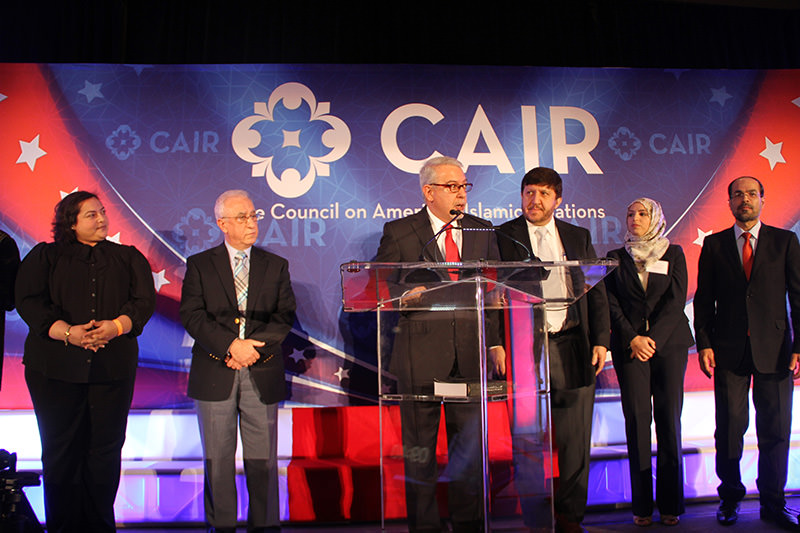 by Anadolu Agency
Oct 18, 2015 12:00 am
Turkey received an award on Saturday from the largest Muslim civil rights and advocacy organization in the U.S. for its humanitarian efforts for Syrian and Iraqi refugees.

The Council on American-Islamic Relations (CAIR) presented the 2015 Humanitarian Award to Turkish Ambassador to the U.S. Serdar Kılıç in an annual ceremony of the organization.

Thanking CAIR for its efforts to stand in solidarity with Muslims throughout its 21 years of existence, Kılıç said that the brotherly feelings of CAIR for Turkey and its people made the award "much more valuable."

The award was given for Turkey's role in taking in more than 2.2 million Syrian refugees and 200,000 Iraqi refugees since 2011. 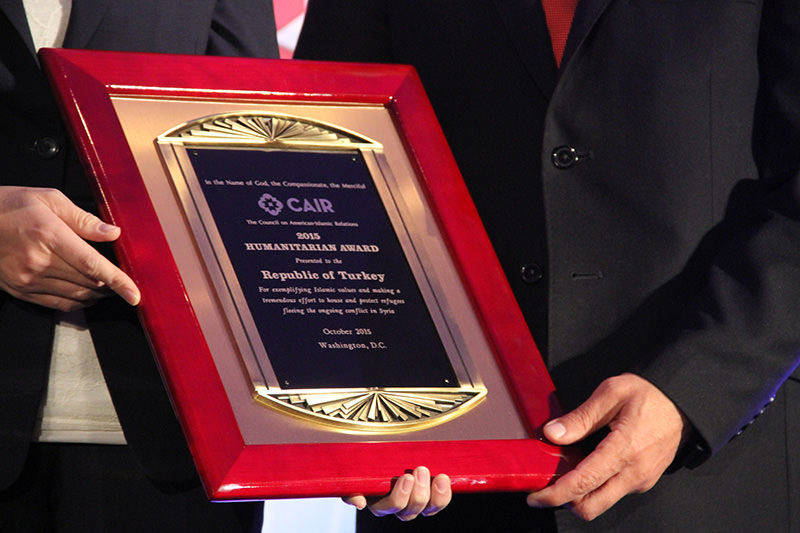 The Council on American-Islamic Relations 2015 Humanitarian Award presented to the Republic of Turkey for exemplifying Islamic values and making a tremendous effort to house and protect refugees fleeing the ongoing conflict in Syria, the note written over the award reads.

"Just to give an example in this regard, during the course of the last four years, Turkey has taken more [Syrian] refugees than the U.S. has taken in 30 years," Kılıç said.

Explaining that Turkey takes in refugees regardless of their ethnicity or religion, Kılıç said that Turkey has allocated $7.6 billion for refugees since the Syrian civil war broke out four years ago.

"The international community failed to give assistance to the Syrian people who are fighting for their dignity in Turkey or in European states," Kılıç said.

Kılıç stressed that it was still far beyond the capabilities of one country to address the issue and called on the international community to take action.

Millions of Syrian refugees have fled their country since war broke out more than four years ago. The UN said in June that the number of forcibly displaced people worldwide has, "for the first time in the post-World War II era, exceeded 50 million people."
Last Update: Oct 18, 2015 2:47 pm