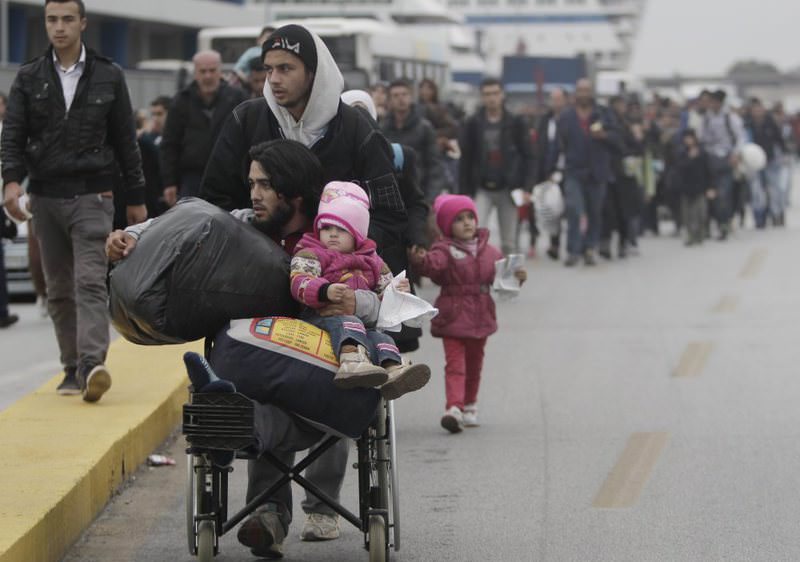 Greek Cypriot pushes for the return of Famagusta, saying it will block the process of Turkey's EU bid if the demand is not met. Talks with German, British and French heads, however, are likely to change the discourse and open the way for the opening of chapters

While Ankara steps up efforts to tackle the refugee crisis and enhance relations with the European Union over the migrant crisis and Turkey's longstanding bid to enjoy visa-free travel in the EU along with the opening of several chapters, Greek Cyprus has been putting obstacles in Ankara's way. Such a negative approach from the Greek Cypriot side could risk Turkish-EU deals as well as its relations with the EU.

Greek Cypriot FM Ioannis Kasoulides Monday contradicted German Chancellor Angela Merkel by saying it is not possible for his side to give consent to the opening of chapters for Turkey's EU bid. As Kasoulides's remarks sparked controversy and were interpreted as spoiling EU-Turkish efforts by many, Greek Cypriot spokesperson Nikos Christodoulides Tuesday put forth a condition for his side to support the opening of several chapters. Christodoulides argued that the Greek side would be willing should the Turkish side accelerate efforts to make progress on the return of Famagusta to its legal owners. He stressed that the idea belongs to Greek Cypriot President Anastasiades.

As Christodoulides conveyed his request, he also stressed that all 28 EU member states have to give consent before any chapters can be opened. Even though Christodoulides's statement reflects a fact, it implies that the Greek side will play its ace to get what it wants in exchange for giving concessions to Turkey.

Meanwhile, Anastasiades will meet with German Chancellor Merkel in the upcoming days to address the issue. The two are reportedly to touch mainly on Turkey's EU bid and the opening of several chapters.

Heavily counting on its legal and political right to veto Turkey's EU bid and opening of chapters, the Greek Cypriot side could face pressure from the EU. Recently, Merkel rushed to Istanbul to find a quick and effective solution to the refugee crisis, meeting with President Recep Tayyip Erdoğan and Prime Minister Ahmet Davutoğlu. Furthermore, British Prime Minister David Cameron and French President Francois Hollande voiced their support for the acceleration of Turkish-EU relations, including visa-liberalization and the opening of chapters.

Greek Cypriot politicians may as well think about vetoing everything regarding Turkey receiving concessions from the EU unless their demands are realized. Big guns inside the EU, however, make the ultimate decision. For this reason, insisting on the same demands is not likely to do any good to the Greek side should countries such as Germany, the U.K. and France decide to collaborate more with Ankara. The question of whether the Greek side's demands are to be met or whether to open several chapters and acquire visa liberalization is still on the table. However, laying new obstacles in front of Turkey's EU bid has the potential to sour relations between the EU and Greek Cypriot.
RELATED TOPICS