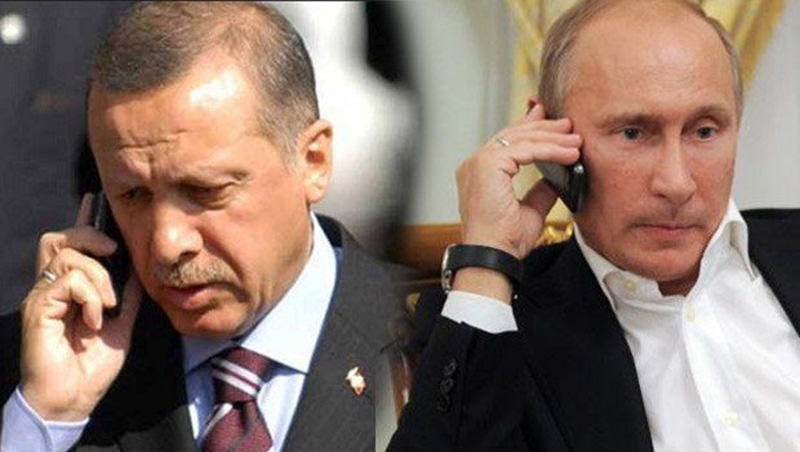 | File photo
by Daily Sabah with Reuters
Nov 04, 2015 12:00 am
President Recep Tayyip Erdoğan and Russia's Putin held a phone conversation and shared their opinions on the Syria crisis in light of ministerial meetings in Vienna last week, the Kremlin said on Wednesday.

Both sides confirmed they were willing to continue political dialogue, it said.

Putin reportedly congratulated Erdoğan on the ruling Justice and Development (AK Party) Party's victory in the parliamentary election on November 1, while President Erdoğan expressed his condolences over the crash of a Russian passenger plane in Egypt.

Previously, President Erdoğan had reportedly argued with Putin that the Assad regime is the main source of instability in the region and will underline that Russia and Iran's peace initiatives are unlikely to bring peace for as long as Assad remains in power.

Harshly criticizing Russian interference in Syria, Erdoğan said it is unconscientious to look at the situation from a point of view focused on international balance of power and political calculations. He called upon the international community once again to take immediate action and take steps to resolve the crisis in Syria by bringing down the oppressive regime in the country and replace it with a democratic administration.