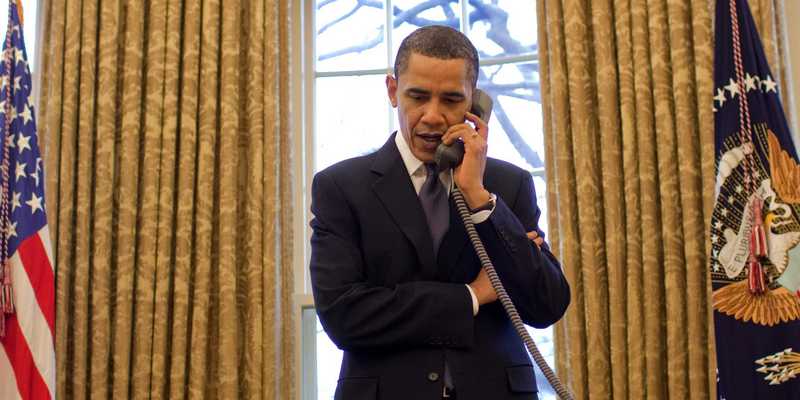 Sources said Obama called President Erdoğan at 9:30 p.m. and that that the two presidents discussed regional developments, with a specific focus on war-torn Syria.

Furthermore, the two discussed strategies for fighting ISIS and the civil war in Syria. U.S. President Obama reiterated his willingness to continue cooperation with Turkey, especially in the fight against terrorism and struggle to solve global problems.

World leaders including U.S. President Barack Obama, Vladimir Putin of Russia and China's Xi Jinping, will be attending the G20 gathering on Nov. 15-16 in Antalya, with the focus likely to be on the Syrian conflict, the war against ISIS and the refugee crisis.

Turkey was represented at the prime ministry level in the ninth summit and will be represented at a presidential level for the first time in the summit in Antalya this year. Two business meals and five main sessions are scheduled for President Recep Tayyip Erdoğan. Bilateral discussions are to kick off on Nov. 14 and some leaders will remain in Turkey to hold further meetings until Nov. 17.

The Istanbul Security Directorate's Counter-terrorism and Intelligence Branch also said they detained 40 Moroccans and a Syrian national who arrived at the city's Atatürk Airport from Casablanca on Wednesday for having links with ISIS. The suspects, who were taken into custody, were interrogated at the airport. Police said some of those held claimed that they were going to Syria's conflict zones to join ISIS. All of the suspects were deported after completion of their interrogation.