Assad running in Syria elections is not an option: Turkish FM Sinirlioğlu 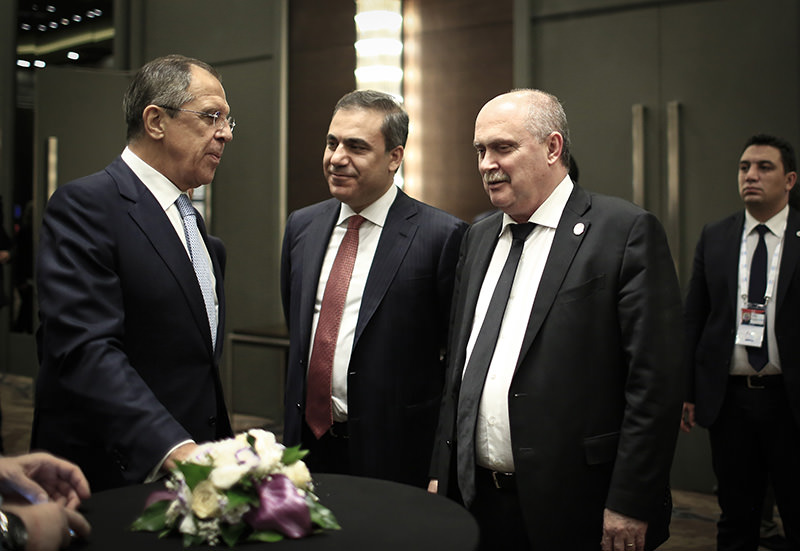 by Ali Ünal
Nov 16, 2015 12:00 am
Turkey's Foreign Minister Feridun Sinirlioğlu stated Monday that Bashar al-Assad's candidacy is not an option according to the future election and peace process agreed for Syria in the Vienna Summit.

Bashar Assad will never have a role in his country's future, President Recep Tayyip Erdoğan previously said on Monday at the closing of the G20 summit. "Assad, who has been slaughtering his own people, has no place in the future of Syria and never will," the president said at a news conference in Belek, southern Turkey.

Foreign Minister Feridun Sinirlioğlu said there is a consensus and mutual understanding among the participants at the Vienna talks for a political solution in Syria and underlined that Assad will leave power after the formation of the transitional government and that he has no chance of running in the presidential elections that are supposed to be held in 18 months after the formation of the government.

Speaking to journalists during the G20 summit in Antalya on Monday afternoon, Sinirlioğlu gave detailed information about the third round of talks in Vienna on Saturday regarding the Syrian peace process. Stating that in Vienna they set a timeframe for the Syrian government and opposition forces to create a joint group to work toward a new constitution, Sinirlioğlu underlined that the transitional government process will begin on Jan. 1, 2016, with a six-month deadline. "The timeframe for Assad's departure will start after the formation of the transitional government. They will decide when Assad will leave power," he said. However, Sinirlioğlu also stressed that there is no possibility of Assad running in future elections, with the next set to be within 18 months after the formation of the government.