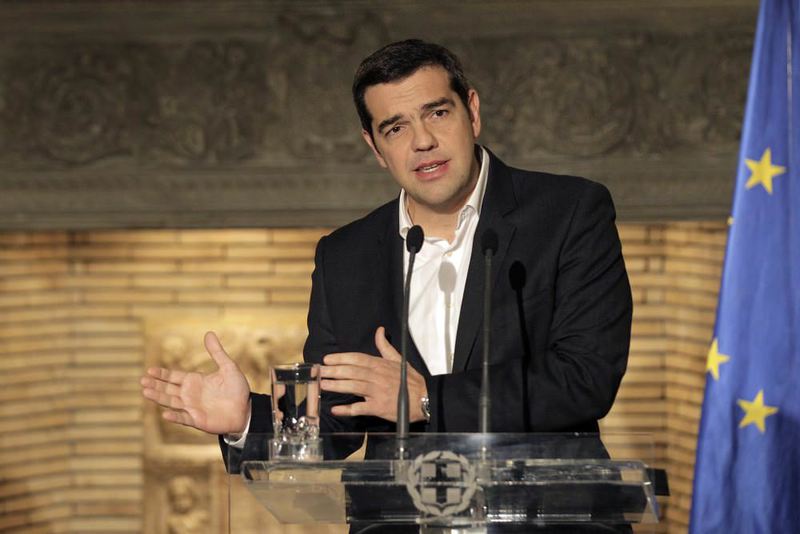 by daily sabah
Nov 18, 2015 12:00 am
Greek Prime Minister Alexis Tsipras arrived in Istanbul on Tuesday and accompanied Prime Minister Ahmet Davutoğlu to watch a friendly game between Greece and Turkey. Later on Wednesday, the two prime ministers are scheduled to hold a bilateral meeting to discuss mutual ties and ways to tackle the refugee crisis.

While the NATO allies have had difficult relations due to disputes over territorial borders in the Aegean Sea and the partition of Cyprus, Tsipras and Davutoğlu have recently started holding regular telephone discussions about issues including migration and Turkey's bid to join the European Union. They last spoke after Turkey's Nov. 1 election when Tsipras called Davutoğlu to congratulate him on the Justice and Development Party's (AK Party) victory.

Tsipras's visit will be an opportunity to "reinvigorate" the relationship between the two countries, especially in the face of the widening refugee crisis. Over 650,000 people have crossed the border from Turkey into EU member Greece in recent months, according to an Op-Ed written by Tsipras for Daily Sabah.

Tsipras arrives in Turkey a day after the G20 Summit that took place on Nov. 15-16 at the Turkish resort city of Antalya, where security was increased in the wake of the attacks in Paris that killed at least 129 people.

President Recep Tayyip Erdoğan at a press conference Monday to announce the results of the G20 summit in Antalya said it is impossible to overcome terrorism and the refugee problem caused by the ongoing Syrian war without a solution that everybody in the country accepted. Erdoğan said one of the most important outcomes of the summit is G20 countries' indicating a firm stance on the fight against terrorism and that they agreed to fight against terrorism without distinction. "Terror has no religion, nationality, race and country," he reiterated.

Erdoğan said those who associate terror activities with refugees are trying to evade responsibility, and added: "We need to carry out work in the fight against terrorism and find a solution to the refugee crisis together. Moreover, we should not confuse the refugee crisis and terrorism. We need to be sincere in our solidarity in the struggle against this humanitarian crisis. We must set an example as G20 countries."

He also said that Turkey as a neighboring country to Syria with close links to Syrians has suffered from the long-standing crisis in Syria since the beginning. "We are hosting 2.5 million refugees. We have opened our borders for those people, regardless of their faith. This is a humanitarian duty," he said, adding that the crisis is so big that a single country can no longer overcome it by itself.