Downing of jet to have serious consequences for Russian-Turkey relations, says Putin 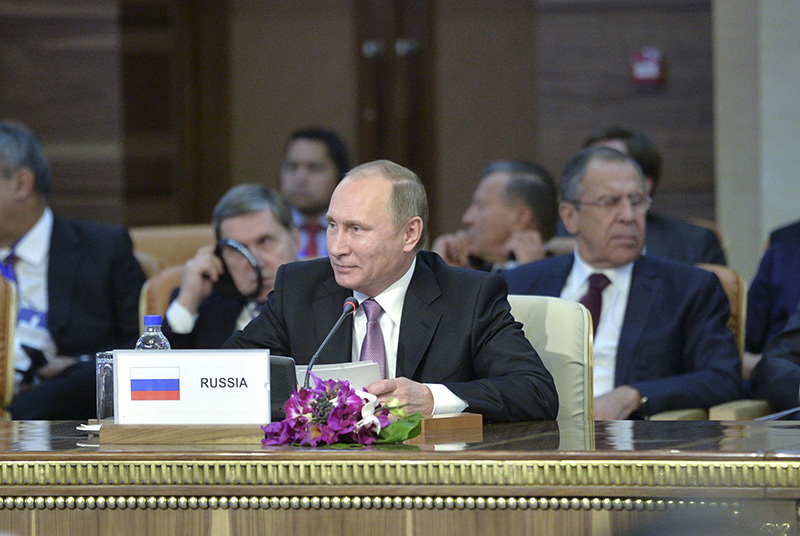 The Russian president claimed that the downed Russian plane did not pose any threat to Turkey, whereas PM Ahmet Davutoğlu -- who was holding a press conference while Putin was live -- said Turkey had right to respond if Turkish airspace was violated.

"Everyone must know that it is our international right and national duty to take any measure against whoever violates our air or land borders," PM Davutoğlu said in Ankara.

Putin said the downed plane had been attacked inside Syria when it was 1 kilometre (0.62 miles) from the Turkish border and had come down 4 kilometres (2.49 miles) inside Syria.

That contradicted Turkish army's assertion that the aircraft had been warned 10 times in the space of five minutes that it was straying into Turkish airspace before it was shot down.

Also, Russia's defence ministry said it viewed the downing of the jet as an unfriendly act and it was working on a package of measures to respond to such incidents.

"We consider the actions of the Turkish Air Force an unfriendly act," the ministry said in a statement, adding that it had issued an official protest to the Turkish defence attache.

A Russian fighter jet has been shot down on Tuesday morning by Turkish Air Forces as part of rules of engagement and violation of airspace in the Kızıldağ region near Turkey's Hatay province close to the Syrian border.

Turkey's Presidency has confirmed the downed SU-24 fighter jet belonged to Russia and it was shot down after violating the country's airspace.

Speaking at a meeting with Jordanian King Abdullah II, Putin on Tuesday accepted his condolences on the death of a Russian pilot who was reportedly captured and dead.

Putin has called Turkey's decision to down the Russian warplane a "stab in the back."

Putin said the Russian SU-24 jet was shot by a missile from a Turkish jet over Syria about 1 kilometer (just over a half-mile) away from the Turkish border.

Putin warned that the incident would have "significant consequences" for its relations with Turkey and criticized Ankara for turning to NATO to discuss the incident instead of first explaining to Russia what happened.