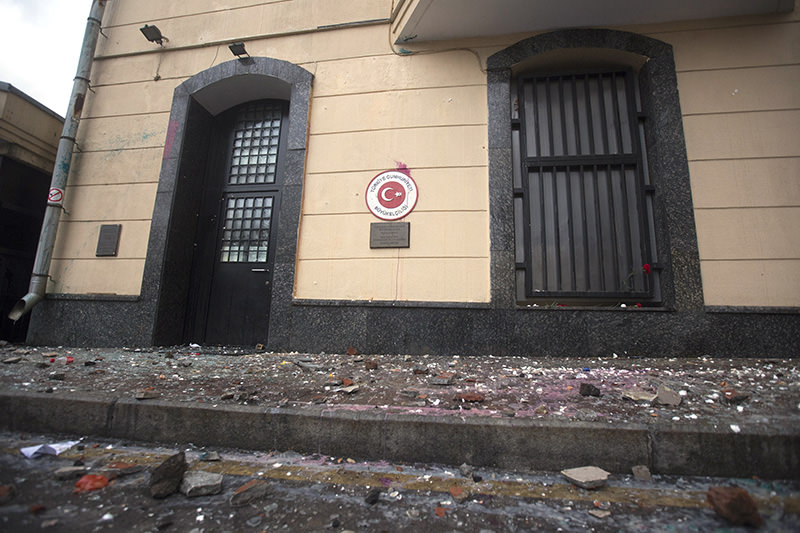 by Anadolu Agency Nov 25, 2015 12:00 am
Turkey's embassy in Moscow has been hit by stones, eggs and paint hurled by a group of protestors.

An angry crowd demonstrating against Turkey's recent downing of a Russian warplane, which violated the Turkish airspace, attacked the building on Wednesday, Anadolu Agency's correspondent in the Russian capital reported.

Windows in the second and third floors of the building were smashed.

Photographs on Twitter showed the street outside the embassy on Rostovskiy Pereulok covered in debris.

This was not the first time Russian fighter jets had violated Turkish airspace.

In early October, Russian warplanes breached Turkish airspace for which Russian officials apologized and pledged that no such incident would be repeated.