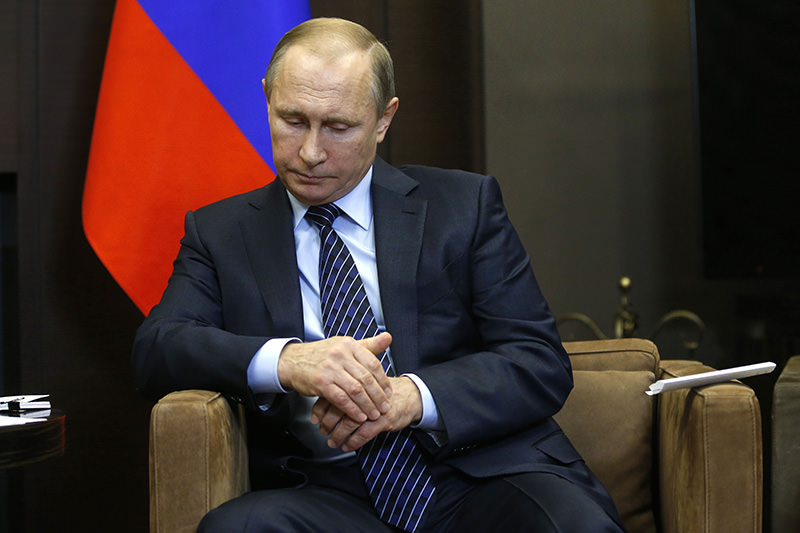 Russian President Vladimir Putin orders economic measures against Turkey including ban on some goods on Saturday according to Kremlin's website.

The sanctions are "aimed at ensuring national security and that of Russian citizens" and included a ban on charter flights between the two countries and on Russian businesses hiring any new Turkish nationals as well as visa restrictions, according to a text of the decree released by the Kremlin.

However, the decree, published on the Kremlin's website follows the downing this week by Turkey of a Russian warplane, did not specify what goods are to be banned or give other details.

The decree published on the Kremlin's website came hours after President Recep Tayyip Erdoğan voiced regret over the incident, saying his country was "truly saddened" by the event and wished it hadn't occurred.

Addressing supporters in the western city of Balıkesir, Erdoğan said neither country should allow the incident to escalate and take a destructive form that would lead to "saddening consequences."

On Saturday Turkey issued a travel warning urging its nationals to delay non-urgent and unnecessary travel to Russia, saying Turkish travelers were facing "problems" in the country.
Last Update: February 02, 2020 21:20