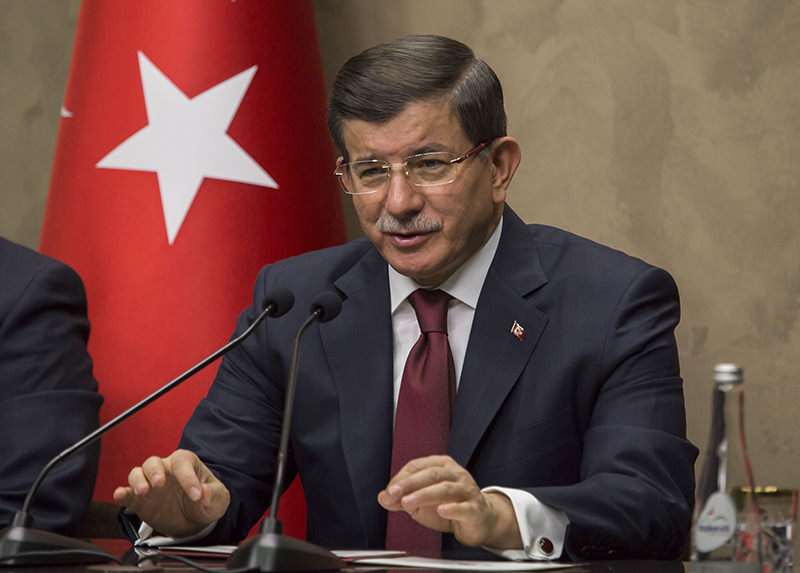 | AA Photo
by Daily Sabah with AA Dec 01, 2015 12:00 am
Prime Minister Ahmet Davutoğlu on Tuesday called on Russia to "open communication channels" to ease relations after a Russian jet was shot down last week.

Speaking at Esenboğa International Airport in Ankara before leaving for his visit to the Turkish Republic of Northern Cyprus, Davutoğlu said: "We call on Russia to open military communications channels."

He said diplomatic channels should also be opened to prevent a large-scale crisis.

Regarding a Russian claim that Turkey buys oil from Daesh, the prime minister suggested the allegation was designed to "cover up the violation of Turkish air space."

He added: "The Syrian crisis is not a Turkish-Russian crisis. It is not even a Russia-NATO crisis. But, unfortunately, due to this persisting attitude, it has turned into a crisis between Turkey and Russia."

Further defending the Nov. 24 downing of a Russian SU-24 after it entered Turkish airspace, Davutoğlu said: "Turkey only defended its air space."

The incident, in which one of the pilots was killed, has led to heightened tension between Turkey and Russia, with President Vladimir Putin announcing economic sanctions.

Two Turkish F-16 jets on patrol duty along the border were involved in the downing of the warplane.

The Prime Minister also highlighted that Turkey will continue its efforts to expel Daesh terrorists from the region along the Syrian side of the border.
Last Update: Dec 01, 2015 11:59 am
RELATED TOPICS