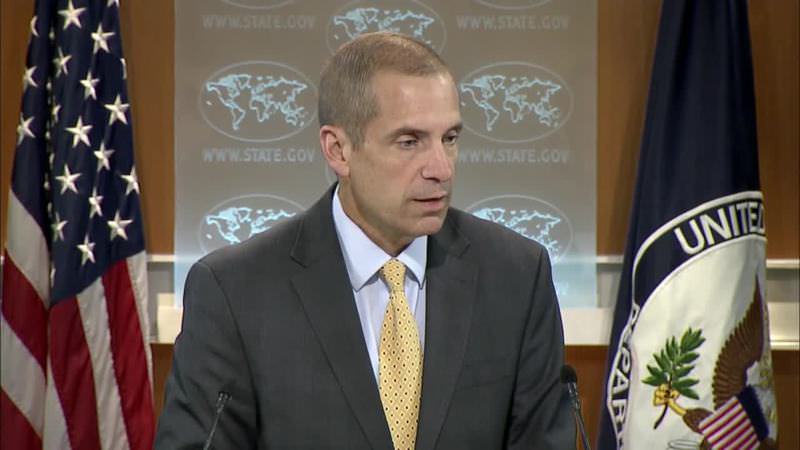 by Daily Sabah Dec 04, 2015 12:00 am
The United States on Thursday rejected Russian allegations that the Turkish President Recep Tayyip Erdoğan and his family were involved in illegal oil trading with the Daesh terrorist organization.

"But allegations that somehow the Turkish Government is helping or working in cahoots with ISIL is – we believe are just unfounded," he added, using a different acronym for Daesh.

"The Russians in the wake of the shootdown of the Russian air jet last week have made some pretty serious allegations about Turkey's complicity with ISIL in Syria," he said.

"We have been working constructively and effectively with Turkey. They've given us the use of the Incirlik Air Base. They've been working on us – with us on closing this 98-kilometer stretch of the border that remains open. Allegations that somehow the Turkish Government is helping or working in cahoots with ISIL is – we believe are just unfounded." Toner added.

"We absolutely flatly reject the notion that Turkey is working with ISIL" Warren said, via video conference from Baghdad.

"Any thought that the Turkish government is somehow working with ISIL is again, it's just preposterous, and completely untrue," he added.

President Recep Tayyip Erdoğan and Prime Minister Ahmet Davutoğlu had strongly refuted Russia's allegations, while Erdoğan had challenged his Russian counterpart to step down if he could not prove his claims.
Last Update: Dec 05, 2015 12:10 am
RELATED TOPICS