Training by Turkish troops in Mosul to continue in coordination with Iraq: Foreign Ministry spox 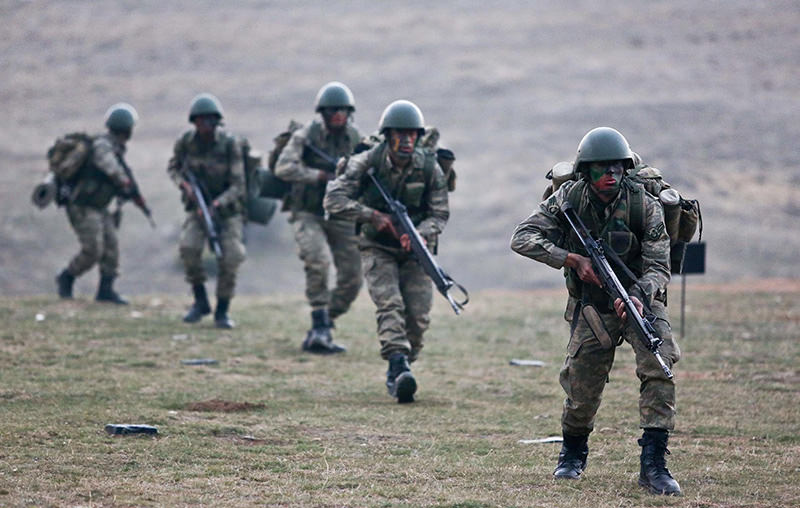 by Daily Sabah with Agencies Dec 08, 2015 12:00 am
Foreign Ministry spokesman Tanju Bilgiç said on Tuesday that the presence of Turkish soldiers in Mosul is not new and there is no retreating for now, but the deployment of new soldiers has stopped.

These were the points that Foreign Minister Mevlüt Çavuşoğlu told his Iraqi counterpart Hoshyar Zebari during a phone call, Bilgiç said to reporters during a press conference held in the Turkish capital Ankara.

Bilgiç said that Çavuşoğlu reiterated Ankara's respect for Iraq's territorial integrity in the call late on Monday after Baghdad demanded the withdrawal of Turkish troops deployed to a base near the northern Daesh-held city of Mosul.

Çavusoğlu also told Zebari that Turkey's presence in Mosul aimed to contribute to Iraq's fight against Daesh. Bilgiç said such training would continue in coordination with Iraq.

Later on in the day on Tuesday, the Turkish foreign ministry released a statement, in which it said that the deployment of troops to northern Iraq ended two days ago and Turkish soldiers were there not to combat but instead to train Peshmerga.

"It is unacceptable to think that Turkey would take a step that would weaken Iraq's sovereignty and territorial integrity, over which Turkey has a high sensitivity," the foreign ministry said in its statement.

"Due to the sensitivity that has occurred among the authorities in Iraq, our friend and brother, we stopped the force deployment to Bashiqa two days ago."

On Friday, 150 Turkish soldiers equipped with heavy weapons arrived on the outskirts of the Daesh-held Mosul province in Northern Iraq. Together with 1,200 soldiers, Turkey has currently 500 mechanized units in Bamarni, mostly tanks and infantry.

During AK Party's parliamentary group meeting on Tuesday, the Prime Minister Ahmet Davutoğlu has also touched upon the issue, saying the Turkish troops were in Iraq to protect against a possible attack from Daesh and that those who interpreted their presence differently were involved in "deliberate provocation". He said more than 2,000 people had received training at the Bashiqa camp upon the request of Mosul governor.

According to the statement released by the Prime Ministry on Sunday, Davutoğlu informed Al-Abadi about the military training program currently in progress in Bashiqa, duties and activities of Turkish soldiers and current developments about the matter.