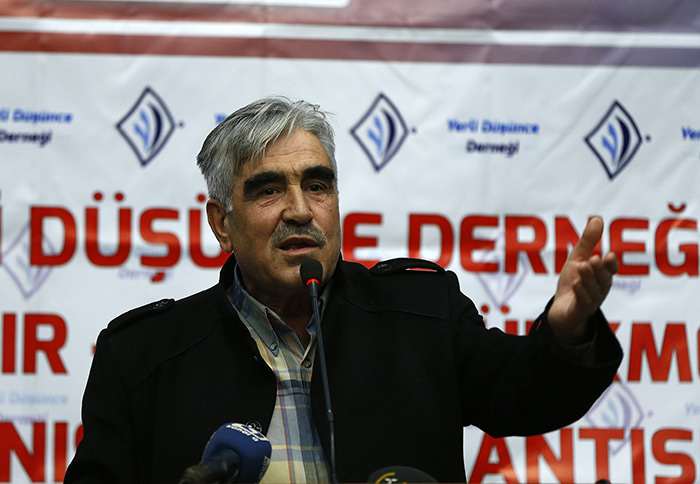 by Daily Sabah with AA Dec 16, 2015 12:00 am
Russian airstrikes are systematically targeting the infrastructure of Turkmen areas in northwestern Syria to prevent their return, a senior rebel commander said on Wednesday.

Ahmet Arnavut, who controls Turkmen forces in the Bayırbucak region, said Russia aims to wipe out the Turkmen presence in Latakia.

"Within a month, Russia did what the regime could not since the beginning of the war," he told Anadolu Agency (AA).

He added: "They are hitting vacant villages with bombers and helicopters. They are sending a message to Turkmens by destroying houses where no one lives: 'There is nothing left for you here. Don't think about returning.' "

Arnavut said mosques, schools, hospitals, roads and houses had been targeted by the airstrikes.

Turkmen areas in northwestern Syria have been under heavy attack from Russian-backed Syrian government forces since mid-November.

Turkmens, Turkic-speaking people who share a similar culture to Turks in Turkey, have been living mainly in Iraq, Iran, northern Syria, and parts of the Middle East and Turkmenistan in Central Asia for centuries.

The Syrian Turkmen population has come under the spotlight amid Russian and Syrian regime airstrikes against the civilian population living in northern Syria, including in the Latakia region, where a large number of Turkmens have been living for hundreds of years.

Moreover, the Turkmens in northwestern Syria have closer family ties with Turks in Turkey due to the geographical distance and sharing a similar historical past in the Ottoman period, when compared to those in Turkmenistan. Under Syria's Alawite minority and Baath regime led by President Bashar Assad, and previously by his father Hafiz Assad, about 3 million Turkmens have faced oppression and discrimination for many years. The same has been an issue for Turkmens in Iraq and Iran.

Upon the emergence of the Syrian uprising in 2011 and the civil war that has followed it for nearly five years now, Turkmens have sided with the moderate opposition forces against the regime forces, which is why they are now under continuous attacks from the Russia and Iran-backed Syrian regime forces.

In recent days, Turkmens, despite their fight against DAESH terrorists, have been a target of Russian and Syrian regime airstrikes in the Turkmen mountain region, resulting in the deaths of a large number of civilians.
Last Update: Dec 17, 2015 3:38 pm
RELATED TOPICS