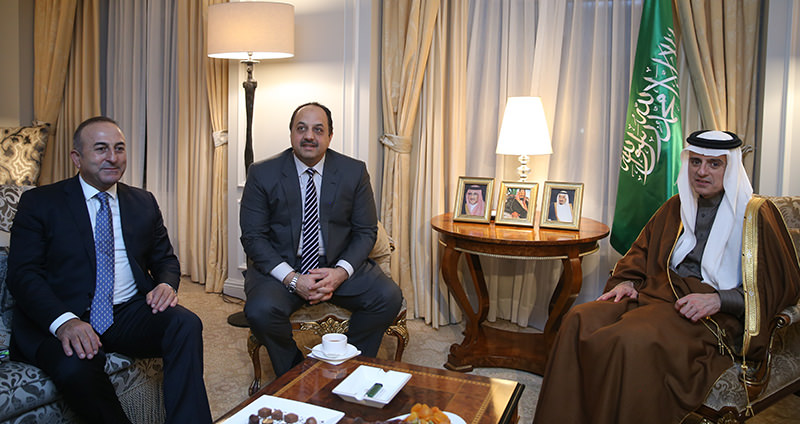 | AA Photo
by Anadolu Agency Dec 18, 2015 12:00 am
Turkish Foreign Minister Mevlüt Çavuşoğlu met his counterparts from Saudi Arabia and Qatar in New York on Thursday to discuss diplomatic efforts for finding a political solution to the Syrian conflict, sources said.

Çavuşoğlu's meeting with Saudi Foreign Minister Adel al-Jubeir and Qatari Foreign Minister Khalid bin Mohamed al-Attiyah at a New York hotel was closed to media and came on the eve of the third International Syria Support Group meeting aimed at brokering an end to the war, now in its fifth year.

The first two rounds of talks were held in Vienna where ministers from about 20 nations agreed on a timeline that will let Syrian factions form a transitional governing body in six months and to hold UN-supervised national elections within 18 months.

Diplomats say Friday's meeting in New York may lead to the tabling of a UN Security Council resolution on a negotiated cease-fire in the war, which has left more than 250,000 victims dead since 2011.
Last Update: Dec 18, 2015 10:39 am
RELATED TOPICS