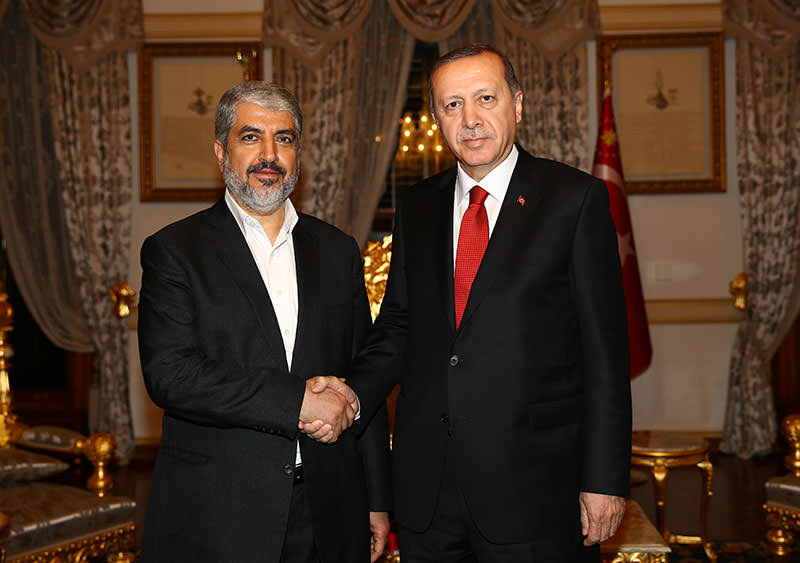 According to information received from the presidential sources, the meeting occurred at the Grand Mabeyn within the Yıldız Palace complex in Istanbul's Beşiktaş district.


Mashaal has reportedly informed President Erdoğan of recent developments in the Middle East.

The last time, Erdoğan and Mashaal met was August 13, when the two leaders discussed the latest developments in the region along with Turkey's role in the Palestinian cause.

Palestine has been struck by another wave of violence since October.

Though the violence was initially focused on East Jerusalem, especially around Israel's decision to restrict entry to the revered Al Aqsa Mosque, most of the deaths since the end of October have been in the West Bank, with the deeply-divided city of Hebron becoming the worst-affected.

At the height of the violence, Israel has brought much of occupied East Jerusalem under heavy security measures with armed police and paramilitary troops stationed throughout and several Palestinian neighborhoods blockaded.

However, Israel has accused Palestinian groups, especially Hamas and the PA who govern Gaza and the occupied West Bank respectively, of promoting attacks against Israelis and claimed that killed Palestinians had been shot in self-defense.

So far since October 1, 125 Palestinians have been killed by Israeli forces, including 25 minors and five women.

At least 92 of those slain were killed "in cold blood", the Palestinian health ministry said, while 55 of their bodies are still being held by the Israeli authorities.