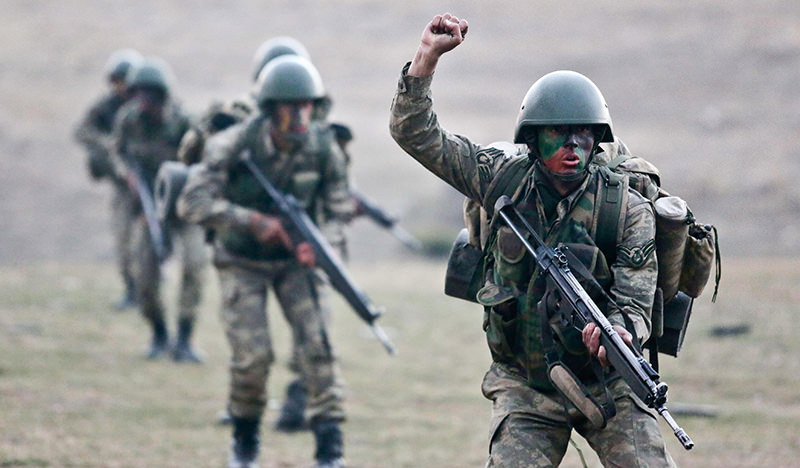 | DHA Photo
by Daily Sabah Dec 22, 2015 12:00 am
Defense Minister İsmet Yılmaz has said on Tuesday that training personnel at Bashiqa Camp in Mosul will stay and continue to fight Daesh.

Turkey said the 150 soldiers and up to 25 tanks were stationed at Bashiqa to protect servicemen training Iraqi volunteers to fight Daesh.
The training mission has been in operation since March and is not assigned combat duties.