Davutoğlu: Demirtaş's visit to Moscow betrayal not only to Turkey but also to humanity 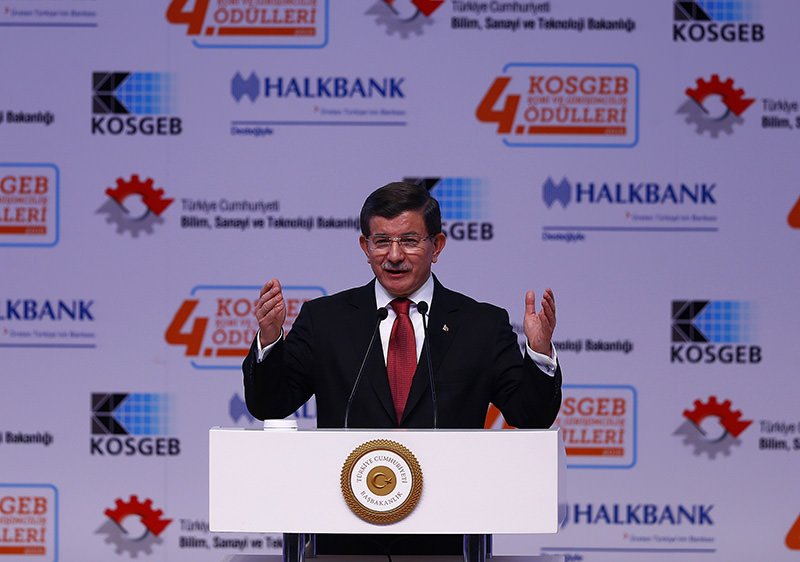 | AA photo
by Daily Sabah with Agencies Dec 24, 2015 12:00 am
Prime Minister Ahmet Davutoğlu Thursday criticized the Peoples' Democratic Party (HDP) co-chairman Selahattin Demirtaş for using a trip to Moscow to condemn Ankara's shooting down of a Russian warplane over Syria.

Selahattin Demirtaş met with Russian Foreign Minister Sergey Lavrov on Wednesday in a visit to Moscow, despite harsh criticism from all parties in the parliament. Representatives from Russia's Kurdish community were also present in the meeting.

Demirtaş criticized Ankara for shooting down the Russian warplane last month. During his meeting with Lavrov, the HDP co-chairman said: "We don't find it appropriate that the public has to pay for a mistake that the government made."

Upon Demirtaş's comments, Davutoğlu told a meeting of businessmen in Ankara: "They take sides with whomever Turkey is facing a crisis with. Demirtaş saying in Moscow that Turkey's downing of Russian jet was wrong is a total disgrace and betrayal."

"Our main duty is to raise our voice against Russian cruelty. Supporting Russia while it kills civilians in Syria is betrayal not only against this country, but also against humanity," he added.

Lavrov told Demirtaş that Russia was ready to cooperate with forces fighting Daesh on land, which include Kurdish forces.

Demirtaş's visit also included opening up a representation office in Moscow. However, the timing of the visit and meeting with the Russian foreign minister was criticized by Turkish politicians as Russia keeps ignoring calls and actions from Turkey to ease the tension between the two countries.

Chairman of the Nationalist Movement Party (MHP), Devlet Bahçeli, was harsher in his statements criticizing Demirtaş.

"The HDP is working with Turkey's enemies and does not see a drawback to leaning its back on countries whose aims are clear, so as to garner their support for autonomy and Kurdistan," Devlet Bahçeli, the Chairman of the Nationalist Movement Party (MHP), said on Tuesday.

Meanwhile, Demirtaş's visit was generally viewed positively in Russia as a means of keeping in touch with alternative political parties in Turkey amid the ongoing crisis. The HDP's political position is also important for Russian interest in Syria, Iraq and the Middle East in general.

Tensions between Ankara and Moscow remains high following Turkish F16s' downing of a Russian SU-24 aircraft near the Turkish-Syrian border on Nov. 24.

After the incident, Russia imposed a range of unilateral sanctions against Ankara, including a ban on food imports.
Last Update: Dec 24, 2015 2:48 pm
RELATED TOPICS