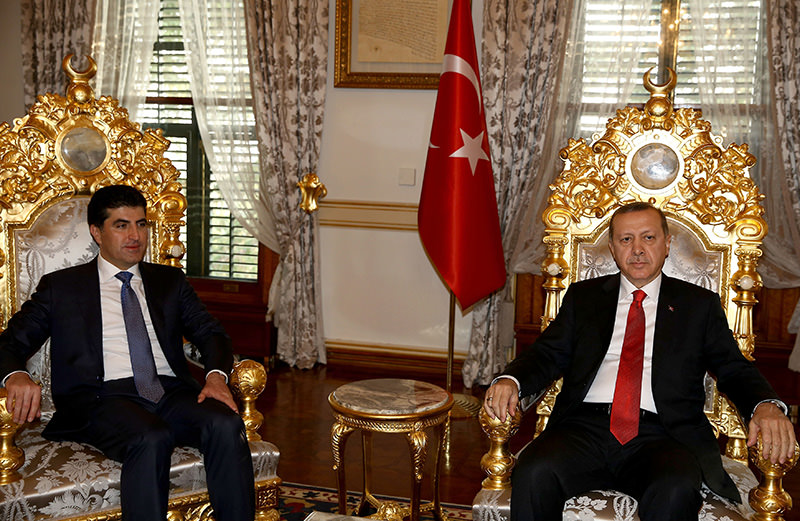 According to the sources, the two leaders discussed bilateral relations, fight against terrorism, economy and other regional developments.

The bilateral meetings between Ankara and KRG leadership have intensified in recent days, particularly after Turkey deployed troops for training purposes to Mosul's Bashiqa region.

During the meeting with Masood Barzani, Erdoğan underscored Turkey's determination in fighting against both Daesh and the PKK terror organizations and the country's cooperation with the international U.S.-led coalition against Daesh.

Both leaders elaborated on creating an environment in the region where Kurds, Turkmens and Arabs could peacefully live while pointing out the importance of easing sectarian tensions.

On Nov. 24, Russian President Vladimir Putin alleged that Daesh has been selling oil and oil products to Turkey. However, the Iraqi Kurdish Regional Government (KRG) denied these claims, also put forth by the Russian Defense Ministry.
Last Update: Dec 26, 2015 7:22 pm