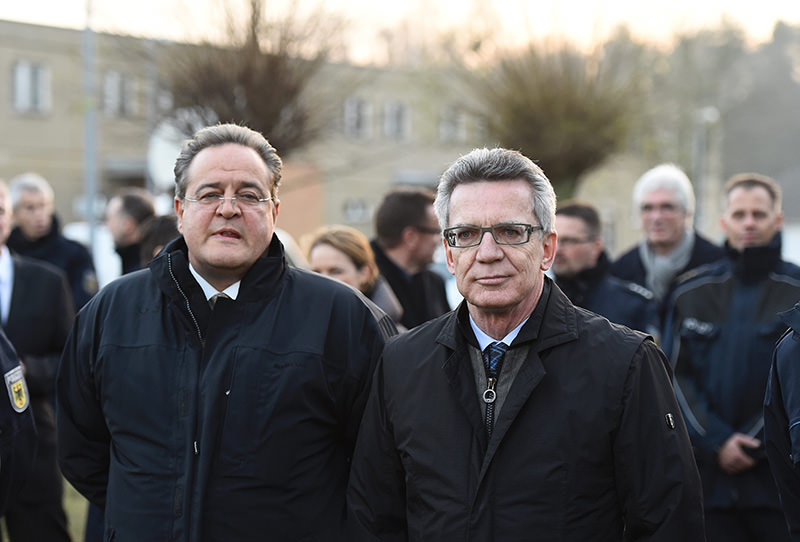 De Maiziere visited the site of the attack and then conferred with Turkish officials, which was followed by a press conference.

The assault took place in Istanbul's Sultanahmet Square early on Tuesday. The city's governorate shortly after released a statement, saying that 10 were killed and 15 injured in the blast.

Government officials confirmed that the blast was done by a male Syrian Daesh-linked suicide bomber born in 1988.

German Chancellor Angela Merkel said at least eight Germans were amongst the dead in Tuesday's attack and Berlin warned its nationals to keep away from public places and tourist attractions.

Nine Germans were among the 15 injured.

Sources in the Turkish Prime Minister's office, on the other hand, reportedly said on Tuesday that nine of those killed in the blast were German citizens.

Deputy Prime Minister Numan Kurtulmuş said in a live press conference, "The blast is an extension of proxy wars that have been going on in Syria for the last 5 years," while asking all countries to stand beside Turkey in the fight against terrorism.

"Precisely this freedom and our determination to act together with our international partners against these terrorists will prevail," Merkel said.
Last Update: Jan 13, 2016 12:56 pm
RELATED TOPICS