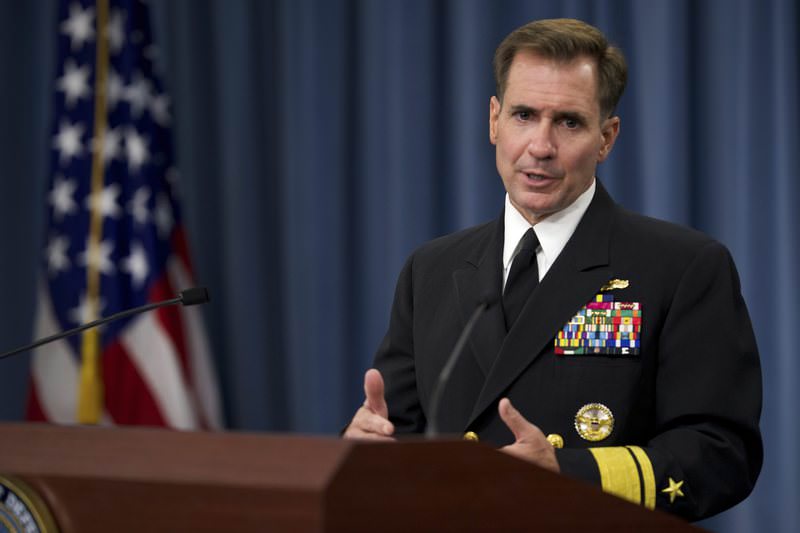 by Daily Sabah Jan 14, 2016 12:00 am
The United States strongly condemned the recent PKK terror attack in Turkey's southeastern Diyarbakır province and reiterated that the country stands with Turkey against terror.

Speaking at a press meeting on Thursday, John Kirby, U.S. State Department spokesman, said the U.S. will continue to stand with Turkey, a NATO ally and friend country, against terrorist threats on its soil and offered condolences to the families of those killed.

On late Wednesday, PKK terrorists attacked the police department in the district of Çınar in Diyarbakır. The attack included a car bomb, rocket launchers and rifles, and five civilians – three of them children – and a police officer were killed, with 39 others including six police officers were injured.

Prime Minister Ahmet Davutoğlu strongly condemned the attacks and vowed Turkey would continue its fight against "every kind of terror," in his speech at a technology forum in Ankara.
Last Update: Jan 14, 2016 9:55 pm
RELATED TOPICS