Daesh tops US VP Biden’s agenda on visit to Turkey 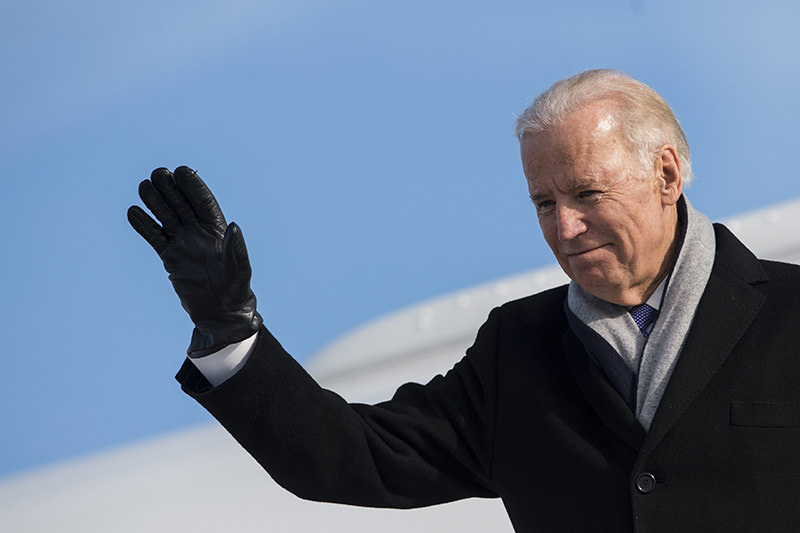 The fight against the Daesh terrorist organization will be at the top of the agenda on U.S. Vice President Biden’s visit to Turkey Thursday along with the issues of Turkish soldiers in Iraq and the PKK Syrian affiliate PYD

Counterterrorism efforts against Daesh will be the key issue on U.S. Vice President Joe Biden's two-day visit to Turkey starting on Thursday, according to a senior U.S. official and a source with information from the administration.

The sources indicated that ways of consolidating cooperation between Ankara and Washington in the anti-Daesh campaign in Syria and Iraq will be discussed in meetings with both President Recep Tayyip Erdoğan and Prime Minister Ahmet Davutoğlu. Turkish officials and Biden will share their opinions on ways to foster regional stability. They are also expected to discuss the Syrian Arab groups that Ankara has proposed to Washington for the U.S. to train to repel Daesh from the Syrian-Turkish border.

Ankara will reiterate its concerns over the PKK's Syrian affiliate Democratic Union Party (PYD). While Washington understands Ankara's concerns regarding Turkey's national security and Chairman of the U.S. Joint Chiefs of Staff Gen. Joseph Dunford gave several commitments to Ankara to prevent the PYD's armed People's Protection Units (YPG) from crossing west of the Euphrates his on Jan.7, Washington also wants the PYD's role to be taken into account in the fight against Daesh.

Regarding the Turkish military's presence at the Bashiqa camp north of Mosul, Biden is expected to re-emphasize U.S. President Barack Obama's call for "the necessity to have respect for Iraq's sovereignty and the importance of full-withdrawal of Turkish troops."

The recent developments in the Cyprus reunification talks, which Biden closely follows, will also be discussed in meetings with Erdoğan and Davutoğlu.

In addition to meetings with Davutoğlu and Erdoğan, Biden will also meet with civil society organizations and political party representatives on Friday. According to a senior U.S. official speaking to Reuters, Washington is concerned over the freedom of expression due to the Turkish government's response to a recent declaration from academics that accuses the government of perpetrating a "deliberate massacre" of Kurdish civilians.
Last Update: Jan 20, 2016 11:44 am
RELATED TOPICS