First Turkish military base in Africa to open in Somalia 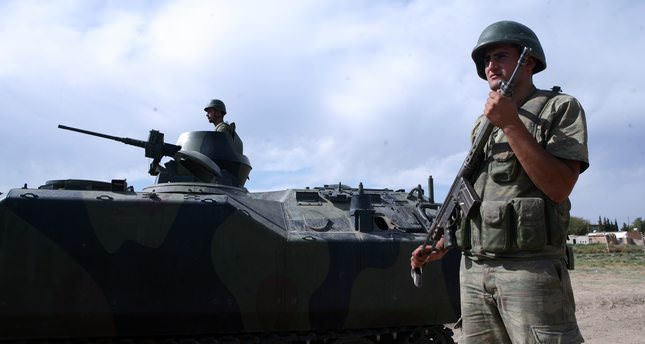 Following the announcement of its first military base abroad, which will be set up in Qatar, Turkey prepares to build a military base in the African Horn. In the military base, Somalian soldiers will be trained by Turkish troops to fight Al-Shabaab terrorists

Turkey is set to open its first military base in Africa in which Turkish military officers will train Somalian soldiers and troops from other African countries to fight against Al-Shabaab terrorist organization, military sources said on Monday.

The base in the African Horn, which has been approved by the United Nations, will be Turkey's second military base abroad and will be set up in capital Mogadishu.

With the agreement between the Turkish and Somali governments, over 1,500 Somali troops will be trained by 200 Turkish military officers.

The official added that Turkey is also planning to build a military school in the African country to train both formal and non-commissioned officers.

Turkey has been providing military assistance to Somalia within the scope of military and financial cooperation deals between the two governments for over five years now.

Turkey also provided the African nation with over 400 million dollars in the biggest aid campaign for the country while it was struggling to fight starvation.

In late December, Turkey announced its first military base abroad. The base which will be established in Qatar is being set up as part of a defense agreement aimed at helping both of the countries confront "common enemies."
Last Update: Jan 19, 2016 5:14 pm
RELATED TOPICS