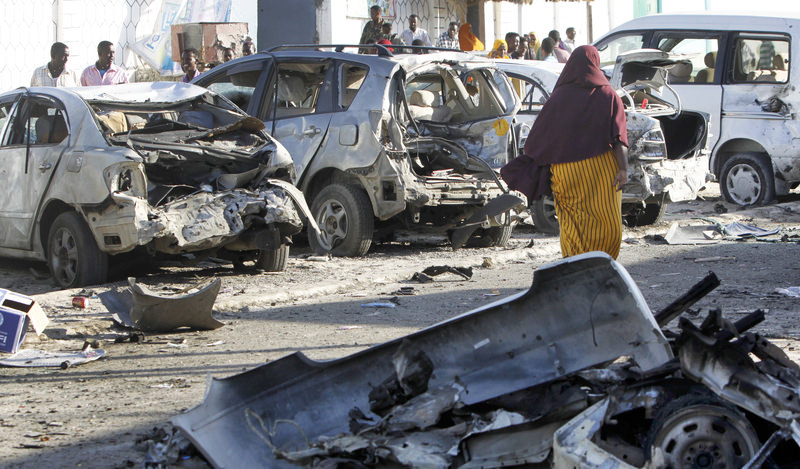 by daily sabah Jan 22, 2016 12:00 am
Turkey has condemned the terrorist attack at a beachfront restaurant in Somalia capital's Mogadishu which killed 20 people.

"We condemn the heinous attack that targeted civilians and the country's normalization process," Turkey's Foreign Ministry said in a statement on Friday.

The ministry also conveyed condolences to families of the victims and reiterated support for Somalia in its fight against terrorism.

On Thursday, a group of terrorists stormed and took over a beachfront restaurant in Somalia's capital, Mogadishu. When the siege was over, more than 20 people had been killed in the attack.