Russia will have to face consequences if it continues to act irresponsibly, Erdoğan says 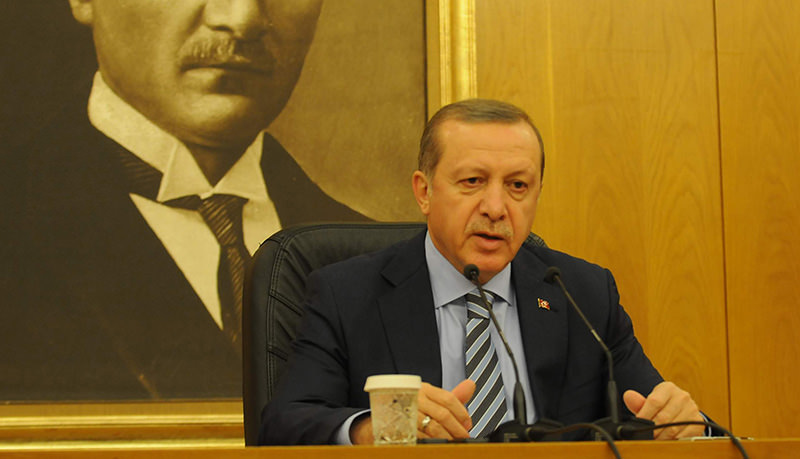 | Sabah Photo
by daily sabah
Jan 30, 2016 12:00 am
President Recep Tayyip Erdoğan on Saturday criticized Russia's recent violation of Turkey's airspace and said that Russia will have to face consequences if it continues to act irresponsibly.

Speaking to reporters before his official visit to Chile, the president said that a warplane belonging to the Russian Air Force has violated Turkey's airspace around noon on Friday, despite warnings made in English and Russian.

"We see this as a result of Russia's efforts to escalate the crisis in the region" Erdoğan said, and underscored that the issue is also being closely followed by NATO as Turkey is a member of the alliance and Turkish airspace is considered to be NATO airspace.

"If Russia continues to violate Turkey's sovereignty, it will have to face the consequences," Erdoğan said and added that irresponsible steps taken by Russia, such as the violation of Turkish airspace have no benefit for global peace.

The president also noted that he did not get a return after he wanted to meet his Russian counterpart Vladimir Putin after the Russian jet violated Turkey's airspace.

He continued by saying that Turkey is concerned about Russian airstrikes targeting civilians near Turkey's border with Syria, while he criticized Russia for failing to contribute to anti-terror efforts in the region.

"It is evident that Russia's operations in the region have no relevance with counter-terror efforts, and is solely designed to keep the Assad Regime in power," the president said.

A warplane of unknown nationality, which turned out to be a Russian-made SU-24 jet, entered Turkish airspace on November 24. It was downed by Turkish F16 fighter jets patrolling the border, upon the Russian pilot's refusal to quit Turkish airspace even after 10 warnings.

Russia later claimed responsibility for the jet which fell in Bayırbucak region in Syria bordering Yayladağı district of southern Hatay province of Turkey. NATO confirmed the validity of the information disclosed by Turkey regarding the airspace violation. In early October, Russian warplanes had also violated Turkish airspace and Russian officials apologized for the incident and said that it would not be repeated. Later on, Turkey again declared that rules of engagement including military response would be implemented.