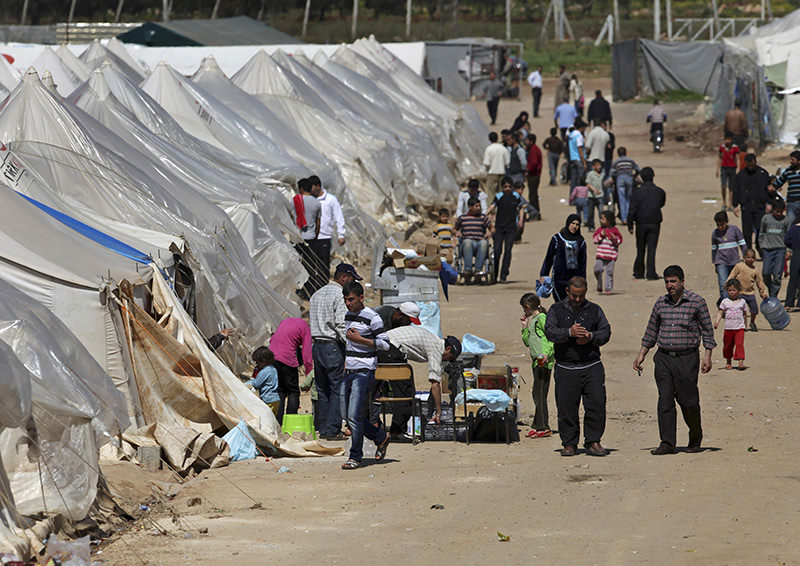 Syrians refugees, who fled violence in their country, are seen in a camp near Reyhanli, Turkey, Wednesday, March 21, 2012 (AP Photo)
by Feb 03, 2016 12:00 am
European Union states on Wednesday approved funding for Turkey, the European Commission said, for a scheme to help refugees and migrants in the country in exchange for Ankara ensuring fewer of them venture out towards Europe.

All 28 EU countries signed off on the proposal at a meeting in Brussels on Wednesday after Italy dropped its opposition to the plan, which was first approved in November.

The fund is to be worth 3 billion euros and Brussels and Berlin hope it would help lower the number of arrivals in Europe after more than a million people reached the continent last year, with figures showing little signs of falling this year.

Europe's worst migration crisis since World War Two has put strain on security and social systems in some EU states and became a top political priority for governments as it fuels support for anti-migration groups, nationalists and populists.