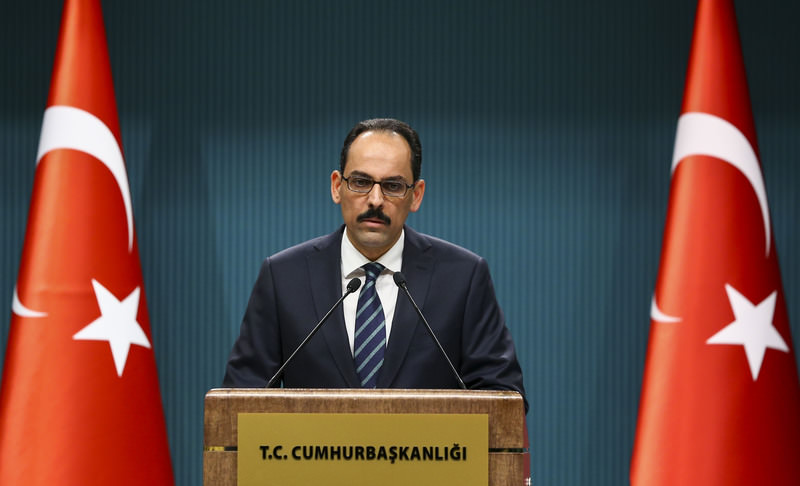 Speaking to Anadolu Agency on Friday, Kalın said it is hard to explain Russia's accusations that Turkey was not getting in contact with them while ignoring Turkey's efforts to solve the issues and leaving phone calls from President Erdoğan unanswered.

The Turkish official said that Erdoğan asked for a telephone conversation with Russian President Vladimir Putin following the latest violation of Turkish airspace by a Russian warplane on Jan. 29.

"But the Russian side again failed to reveal an affirmative attitude," he said.

Kalın added that Turkey will maintain goodwill and a constructive approach to Russia despite Moscow ignoring Turkey's peace efforts and launching a smear campaign against the country.

Diplomatic relations between Ankara and Moscow soured after a Russian SU-24 violating Turkish airspace was intercepted and shot down on Nov. 24 by Turkish F-16 fighters.

Commenting on Syrian crisis, Kalın said it was Russian airstrikes that led to the suspension of the Geneva peace talks.

"Hundreds of innocent Syrians, women and children, lost their lives in these attacks that have been indiscriminately going on for months," he added.

Stressing that the aim of the Russian attacks was not to halt the terrorist Daesh group, Kalin said 90 percent of the attacks had targeted civilians and moderate opposition fighters.

"Russia's aim is not to fight Daesh, but to sustain the [Bashar] al-Assad regime that lost its legitimacy and committed war crimes," the spokesperson added.

Since Sept. 30 last year, Russia -- a close ally of the Assad regime -- has targeted a number of civilian areas in Syria, according to U.S. officials.