Turkey, Kazakhstan to be central in Eurasia, PM Davutoğlu says 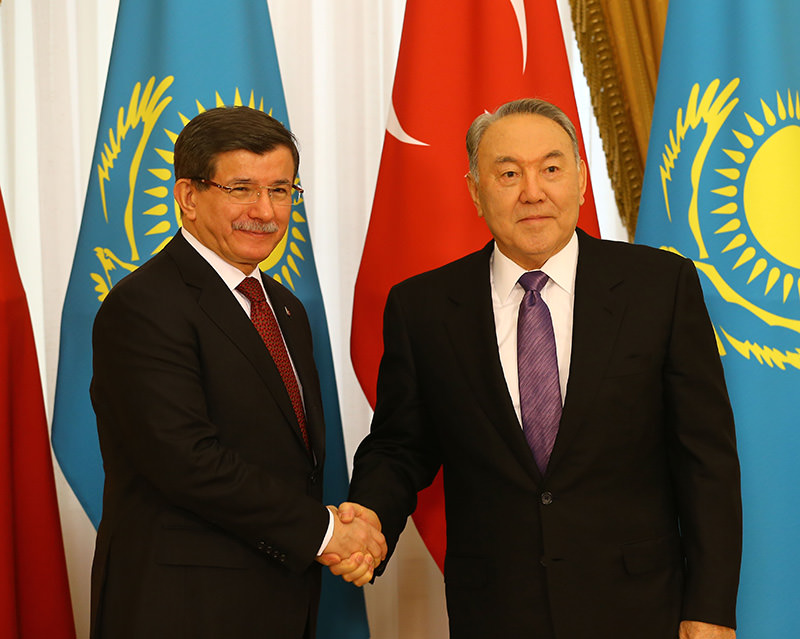 by Anadolu Agency Feb 06, 2016 12:00 am
Turkish Prime Minister Ahmet Davutoğlu said Saturday that Turkey and Kazakhstan would be two central countries of Eurasia in the fields of energy, trade and transportation.

Davutoğlu met Kazakh President Nursultan Nazarbayev during a two-day official visit to Kazakhstan to further develop relations in the fields of transportation, energy and trade.

Kazakhstan is a member of the Russia-led EEU.

"As soon as the Middle Corridor -- a transportation network extending from the Caspian Sea through Turkey and Azerbaijan to Central Asia and China -- becomes active, Turkey and Kazakhstan will be two central countries of Eurasia," Davutoğlu said.

Davutoğlu's visit to Kazakhstan is the first since the Ankara-Moscow jet crisis.

Tension between Moscow and Ankara has been high since Turkish F-16s shot down a Russian Su-24 jet late November after it violated Turkey's airspace.

Russia imposed a series of economic sanctions after the incident, including restrictions on Turkish exports and limits on activity of Turkish companies operating in Russia.
Last Update: Feb 06, 2016 3:14 pm
RELATED TOPICS