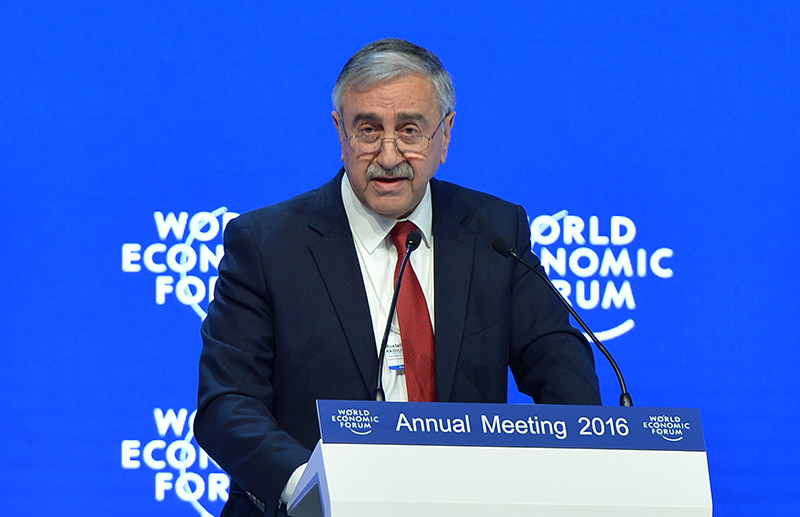 The leader of the Turkish Republic of Northern Cyprus (TRNC) was prescribed bed rest until he shakes off his bronchitis Anadolu Agency also reported.

In the meeting both leaders stressed that they had not yet concluded a deal and that difficult issues remained over territory, property and compensation, but both said they were working for an agreement in 2016.

Political tensions on the long-divided island have eased since talks resumed on May 15, 2015, following Turkish Cypriot Leader Mustafa Akıncı's election in April.

Talks between Anastasiades and Akıncı to produce a federal state with two autonomous entities have been positive and many of those involved have said they expect an agreement on reunifying the island to be made by the end of the year.

Also in May, 2015 leaders agreed on a five-step plan to resolve the Cyprus issue following a meeting hosted by the U.N. special adviser for Cyprus, Espen Barth Eide. These steps included opening more crossing points, interconnecting power grids, allowing cellphone interoperability on both sides of the island, resolving the issue of radio frequency conflicts and forming a joint committee on gender equality.

A "United Cyprus Federation" has been on the agenda of resumed reunification negotiations with Greek Cyprus, Akıncı said in July. The guarantor statuses of Turkey, Greece and the United Kingdom have also been left out of the debate so far, Akıncı also said