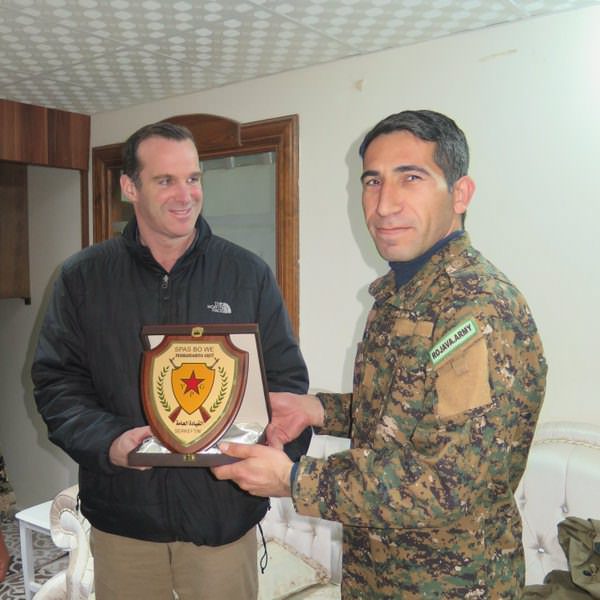 Ankara's concerns over Washington's close relations with the Syrian PKK affiliate PYD's YPG militia have shifted to a level of questioning the alliance between the two countries after a U.S. State Department spokesman said the U.S. will continue to support the PYD and YPG

Turkish-U.S. relations have gone south following a statement from U.S. State Department spokesman John Kirby that the U.S. does not consider the Syrian PKK affiliate Democratic Union Party's (PYD) armed People's Protection Units (YPG) to be a terrorist organization. Kirby's statement was in response to President Recep Tayyip Erdoğan's ultimatum to Washington to choose either Turkey or the PYD as its ally. Even though Ankara repeatedly warned the U.S. and Europe that there cannot be any good or bad terrorists, pointing to the YPG, the U.S. disregarded Erdoğan's last call and designated the YPG as its "partner." "Syrian Kurds are our partners against DAESH," Kirby said, stoking the flames of a rift between Ankara and Washington. Erdoğan's ultimatum to Washington came days after U.S. President Barack Obama's special presidential envoy for the Global Coalition to Counter DAESH, Brett McGurk, paid a visit to PYD-controlled Kobani and held talks. Photos of McGurk's visit to Kobani surfaced on social media. He was seen meeting with former PKK fighters in Syria over the weekend. Polat Can, known as the spokesman and one of the founders of the YPG, shared a photo on his Twitter account showing him presenting a plaque to McGurk.

While the U.S., considered a significant ally to Turkey, refers to the YPG as "a strong partner," the PKK-affiliated group released a video in late January in which Westerners were called on to join the group and attack Turkey. The footage shows a man with his face covered by a scarf and rifle on his leg, making a statement to a group gathered around him, urging Kurds and Westerners to take up arms against the Turkish state.

"Attack the institutions of the Turkish state all over the world. Come to Kurdistan and join the forces of the YPJ [Women's Protection Units], YPS (Civil Defense Units in Turkey) and the guerrillas," the man says in the video.

Erdoğan, on his way back to Turkey from Latin America over the weekend, asserted that Ankara will exert every effort to make sure that the YPG is designated a terrorist organization in the international arena.

Some reports say the YPG has committed human rights violations in places where the group has established cantons. A U.N. report presented by Paulo Sergio Pinheiro to the U.N. Human Rights Council in Geneva in September 2015 said: "Following the YPG's retaking of the previously ISIS [DAESH]- controlled areas of Tal Abyad in early July and villages in the Tel Tamer region of al-Hasakah, YPG fighters reportedly looted houses belonging to Arab villagers."

Amnesty International also accused the PYD of violating human rights. According to an Amnesty International report, the PYD autonomous administration in northern Syria is applying pressure by unlawfully detaining and unfairly trying peaceful critics and civilians on the pretext of fighting DAESH.

The PYD administration reportedly detained civilians for periods of up to a year without charge or trial and denied basic rights, including the right to defend themselves, see evidence used against them or access a lawyer.

It remains a question what kind of reaction Ankara will show in the wake of Kirby's statement. There are rumors in the Turkish media that Ankara will revoke its authorization for the U.S.-led anti-DAESH coalition to use Turkey's İncirlik Air Base.

Nationalist Movement Party (MHP) Chairman Devlet Bahçeli commented on Washington's statement on the PYD and YPG, saying that the U.S. is side by side with the terrorists. Speaking at his party's parliamentary group meeting in Ankara yesterday, he said: "The target is Turkey after Syria. Sur and Cizre are the places that separation is tested with the guidance of external power groups."

Speaking to Daily Sabah on the issue, Yaşar Hacısalihoğlu, Yeni Yüzyıl University's vice dean and academic in the Department of International Relations, criticized the Obama administration's "inconsistent and incompetent" policies in the region and said: "Nobody backs Obama's policy in the Middle East and considers it a total failure."

Saying that the U.S. collaborates with such organizations as a result of its blurry policy in the region, Hacısalihoğlu labeled the U.S.'s foreign policy as contradictory and ambiguous. "The president's [Erdoğan] attitude is obvious and appropriate. Such behavior [of the U.S.] toward a NATO ally and significant partner that deteriorates relations is not sustainable," he added. He also asserted that the U.S.'s inconsistent policy is likely to continue until a new president is elected later this year.

When asked about whether Ankara would revoke the use of İncirlik Air Base, Hacısalihoğlu said: "There are levels of military diplomacy. It should be step by step. There is a direct DAESH threat to Turkey and the world. We should not strengthen the hands of those that would say Turkey blocks the anti-DAESH fight." He added that Turkey will "wait and see" and maybe use the air base as collateral in the future.

İlter Turan, a professor of international relations and former rector of Istanbul Bilgi University, also spoke to Daily Sabah and asserted that Turkish-U.S. relations have been project-based in contrast to the past. "There is collaboration on different issues, yet one cannot really speak of mutual trust and alliance," he contended.

Saying that Turkey cannot completely burn the bridge with the U.S. over its dissatisfaction with the U.S.'s collaboration with the YPG, Turan asserted that Ankara's problems are not limited to Syria. "The struggle with Russia can be carried out through NATO, in which the U.S. is still the driving force. Turkey and the U.S. should work together and seek ways for a resolution," he said.

Turan also added that Ankara will not take steps that will turn into actions, but will send a message to the U.S. through diplomatic channels.
RELATED TOPICS