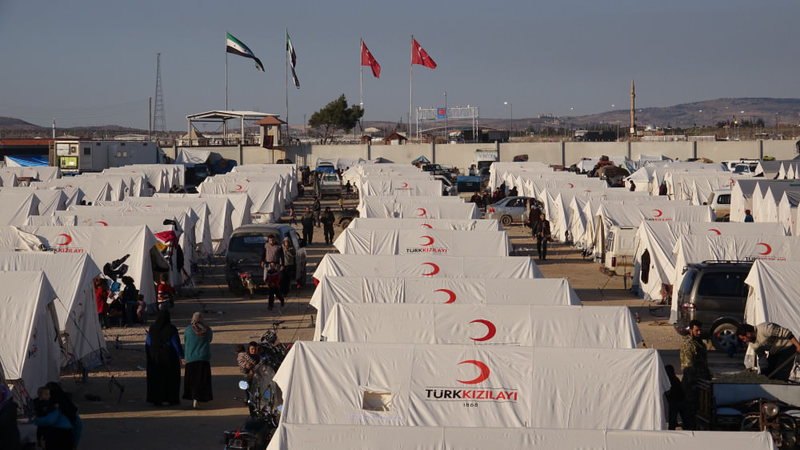 by Merve Aydoğan Feb 11, 2016 12:00 am
Now that the EU has recently approved the 3 billion euros of funding for Ankara in line with the signing of the EU's Refugee Action Plan, which aims to manage the flow of migrants from Turkey to the EU, an 11-member delegation of the European Parliament (EP) Committee on Budgets with Chairman Jean Arthuis is in Turkey from Feb. 8 to Feb. 10 to assess recent EU support measures for refugees from Syria and Iraq in Turkey and discuss the use of European Pre-Accession Assistance funds with Turkish authorities. Following a visit to refugee camps in the southeastern province of Gaziantep, the delegation met on Tuesday with Mehmet Şimşek, the deputy prime minister in charge of the economy.

The EP delegation held a press conference on Tuesday following their meeting with Şimşek where Arthuis commented on a question regarding the processing of the 3 billion euro fund and said that the matter depends on mutual agreement between Turkey and the EU. Prefacing that Turkey houses 10 percent of the Syrian refugees in the country in camps, while the majority live in cities, Arthuis said health, education and employment needs are urgent because of this situation.

As to whether 3 billion euros will be enough and how and where it will be used, Arthuis said: "We have made an estimate of needs assessment. For instance, an assessment by Turkey is currently being made to find out how many schools are needed for Syrian students. Turkey is making an initial assessment for the use of the entire funding and will finalize it on Feb. 15. Shortly after this, the EU will make its own assessment. Once both are finalized, the two sides will come together to determine the road map and what needs to be done in terms of financial tools," Arthuis added.

The EP's general rapporteur for the 2016 budget, Jose Manuel Fernandes, also speaking at the press conference, said that EU member states would not stand back and leave Turkey alone.
Last Update: Feb 11, 2016 11:44 am
RELATED TOPICS