Refugee crisis not only Turkey’s problem, but the whole world’s: EU minister 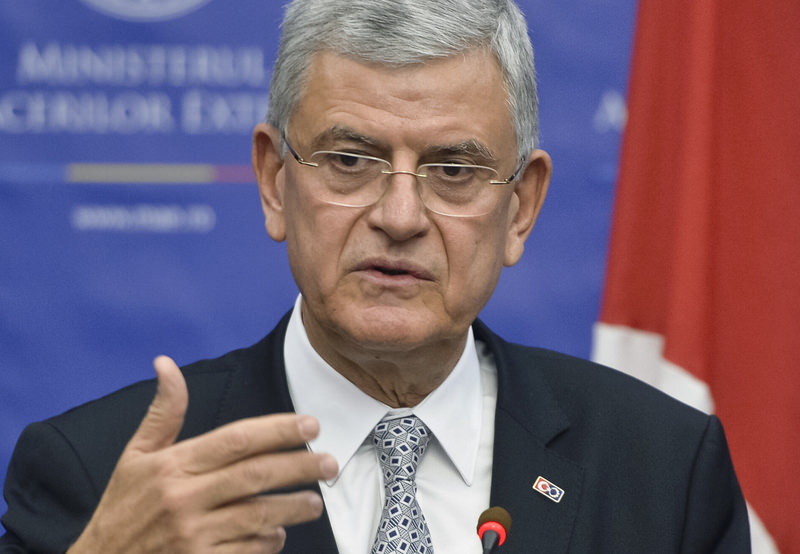 by Daily Sabah Feb 11, 2016 12:00 am
Turkey's Minister for EU Affairs Volkan Bozkır said Thursday the Syrian refugee crisis was not only a problem concerning only Turkey or other countries neighboring Syria, but whole humanity.

Speaking in a press conference with Romanian Foreign Minister Lazar Comanescu in Bucharest, Bozkır said that solving the refugee crisis and fighting against illegal immigration were not Turkey's job only and that European countries must cooperate with the country on border controls and sharing personal information.

Bozkır reminded that Turkey did not request the three billion euros from the European Union and that the financial aid will be spent on Syrian refugees, while adding that Turkey had already spent eight billion dollars on hosting the refugees since Syria's nearly half decade-old civil war began.

The minister said if the international community fails to resolve the Syrian crisis, the world will face grave problems. "There are now 50,000 Syrian refugees on the move towards the Turkish border and that number could reach 1.5 million if the city of Aleppo is completely bombed out,"

Earlier on Thursday, Pesident Recep Tayyip Erdoğan said that Turkey will be patient up to a point over the crisis in Syria and could be forced to take action if necessary. Erdoğan said, he had previously told two top EU's officials, Jean-Claude Juncker and Donald Tusk, that the time could come when Turkey would open the gates for refugees to travel to Europe.