US reiterates support for 'long-standing ally Turkey after PYD row 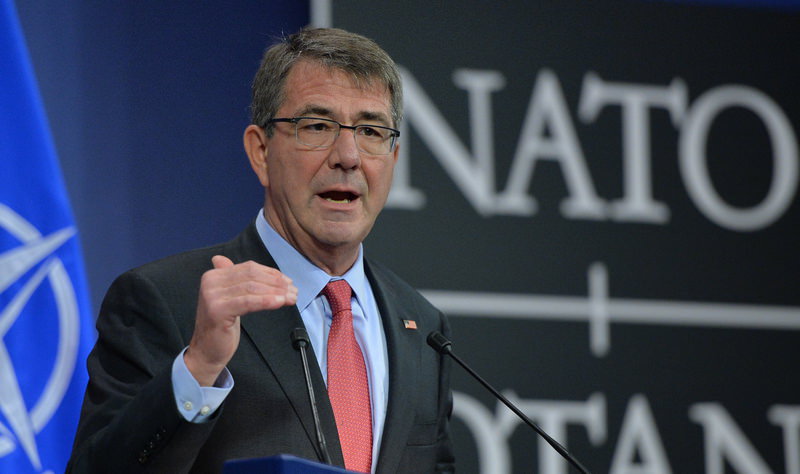 by Daily Sabah with AA Feb 11, 2016 12:00 am
U.S. Secretary of Defense Ash Carter has underlined his country's support for Turkey as an ally despite a recent row over the United States' stance on the terrorist organization PKK's Syrian affiliate, the Democratic Union Party (PYD).

"Turkey is a good and long-standing ally of the U.S. We are not going to agree with them on all matters [but] we staunchly agree with them -- and always have -- that we oppose terrorism in any form," Carter said following a NATO defense ministers' meeting in Brussels on Thursday.

Carter convened the first-ever gathering of defense ministers of the global coalition against Daesh on Thursday.

Participants from a total of 49 nations, including the 28 NATO allies, were invited to attend the meeting held in Brussels.

Carter's comments come one day after Turkey's president, Recep Tayyip Erdoğan, warned Washington would suffer for its supportive stance towards the PYD.

The recent dispute between Turkey and the U.S. -- NATO allies -- centers on Washington's objection to describing the PYD as a terrorist group, instead classifying it as "a reliable partner".

On Tuesday, U.S. Ambassador to Ankara John Bass was summoned to the Foreign Ministry over State Department spokesman John Kirby's remarks that the U.S. does "not consider the PYD and the YPG as terrorists."

Contrary to its restrained statements, the PYD started an offensive to capture an air base controlled by moderate opposition forces in northern Aleppo this week. Opposition groups blame the PYD, which is backed by Russian airstrikes, of trying to take predominantly-Arab villages near the PYD-controlled Afrin canton.

The U.S. has also provided support for the People's Protection Units (YPG), the military wing of the PYD, in the fight against Daesh.

Carter said the coalition has put up new efforts to strike against Daesh financing and deploy Iraqi units towards the city of Mosul, which was taken over by the terror group in 2014.

"We have some new efforts to strike at ISIS financing. There are a number of Iraqi units, which will be deployed up north towards Mosul," Carter said, using an alternative acronym for Daesh.

"We are carrying out some important activities in the information area I can't discuss much further with you," he added.

Carter also described Russia's actions in Syria as a "strategic mistake" and that the coalition is "determined" to defeat Daesh militarily. NATO has repeatedly said that Russian strikes in Syria have mainly targeted the moderate opposition rather than Daesh.

"As far as the Syrian civil war is concerned, they [Russia] are taking it in the wrong direction," Carter added.