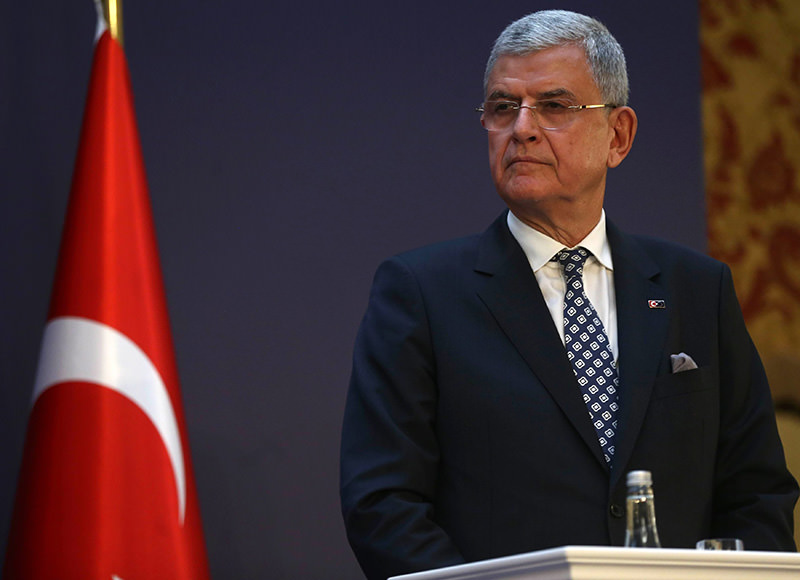 In remarks made to Anadolu Agency during his visit to Romania, Bozkır said Saturday the union should not perceive terrorist organizations only on the basis of their attacks on EU member states.

Turkey and the European Union consider the PKK and the DHKP-C, a leftist armed group, as terror organizations. Both organizations resumed their armed attacks in Turkey recently.

The terrorist PKK group restarted its 30-year armed attacks against the Turkish state in late July last year. Since then, more than 260 security personnel have been martyred and thousands of PKK terrorists killed in operations across Turkey and northern Iraq.

About the refugee crisis, Bozkır said that Ankara and Brussels had taken important steps in their struggle against illegal ways to enter Europe.

The passage of Syrian refugees through Turkey and on to Europe emerged as a major crisis towards the end of last year, when 1.1 million refugees crossed into Europe, around 850,000 via Turkey.

The EU and Turkey agreed on a plan on Nov. 29 to address the refugee crisis with the EU promising financial aid to improve the living conditions of refugees.

"Thanks to precautions taken, while 3,000 people were daily crossing into Europe illegally during November-December, this number has decreased to 300," Bozkır said.

He noted that there were signs of a new migration wave because of recent Russian bombings in Syria, adding that Turkey was providing humanitarian aid to those fleeing people inside Syria.

The Syrian Army has made strides over the past few months with Russian air cover and the support of allied militias, including Lebanon's Hezbollah. Most recently it has begun to seize positions long held by rebel forces around Aleppo that triggered a new migration wave towards Turkey.

"As long as the Syrian problem persists, there can be no way to solve illegal migration and fight against terrorism. I think the west, the European Union, NATO and the U.S.A. understood that very well," Bozkır said.